Center referee Yakubu Nuhu Liman, was allegedly assaulted by Elmina Sharks fans in their match week 8 game against Medeama on Wednesday, at the Nduom Stadium.

The referee suffered deep cuts to his head and was later rushed to the hospital for treatment, causing the game to be abandoned with 0-0 score. 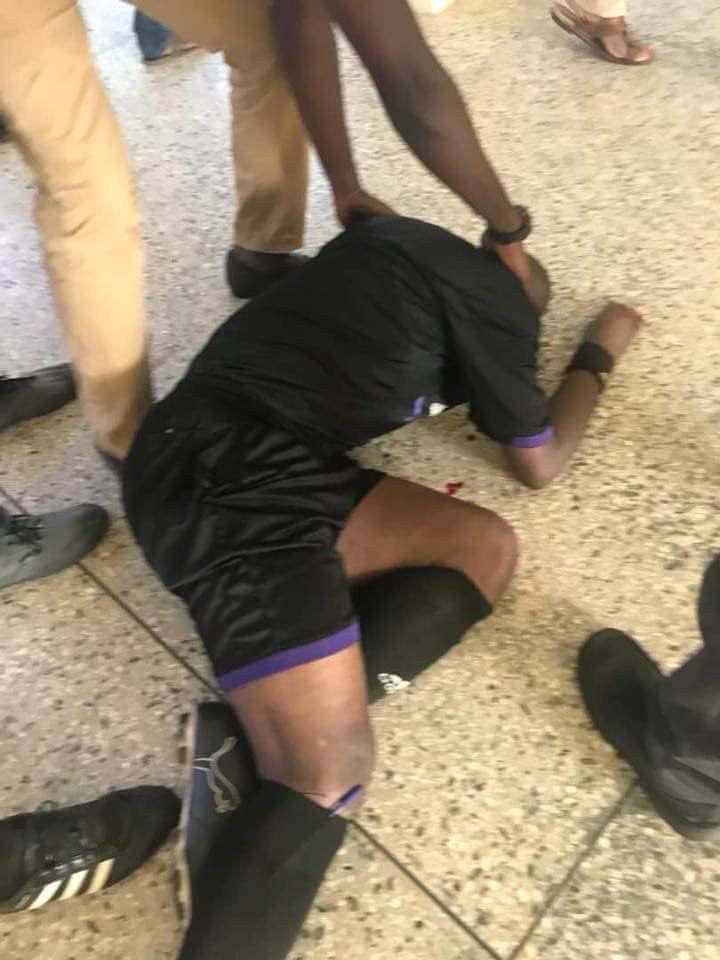 Elmina Sharks tweeted to claim that the referee suffered the injury after he slipped and fell while making his way out of the dug out for the second half.

But eyewitnesses, including Medeama’s Public Relations Officer, Patrick Akoto, said it was a “brazen attack by some sections of the Sharks fans” on the referee.

The referee is said to be in a stable condition, but Sharks could suffer huge penalties including a forfeiture of the said game, further home matches ban, and a hefty fine if found guilty of perpetrating the barbaric act.

This is the second time the referee is reported to suffered an attack this season.