Dutchman Klavs Rasmussen has left his post as Head Coach of West Africa Football Academy after two years in charge.

The 51 year old joined the Academy boys at the beginning of the 2016/2017 season, and most recently guided them to a second place finish in last season’s Ghana Premier League campaign.

WAFA have struggled so far this season, and lie just a point away from the relegation zone.

WAFA revealed in a statement on Friday, that the two parties had come to an agreement to terminate the Dutchman’s contract to enable him return home to Holland to attend to some personal problems.

Below is the statement released by the club: 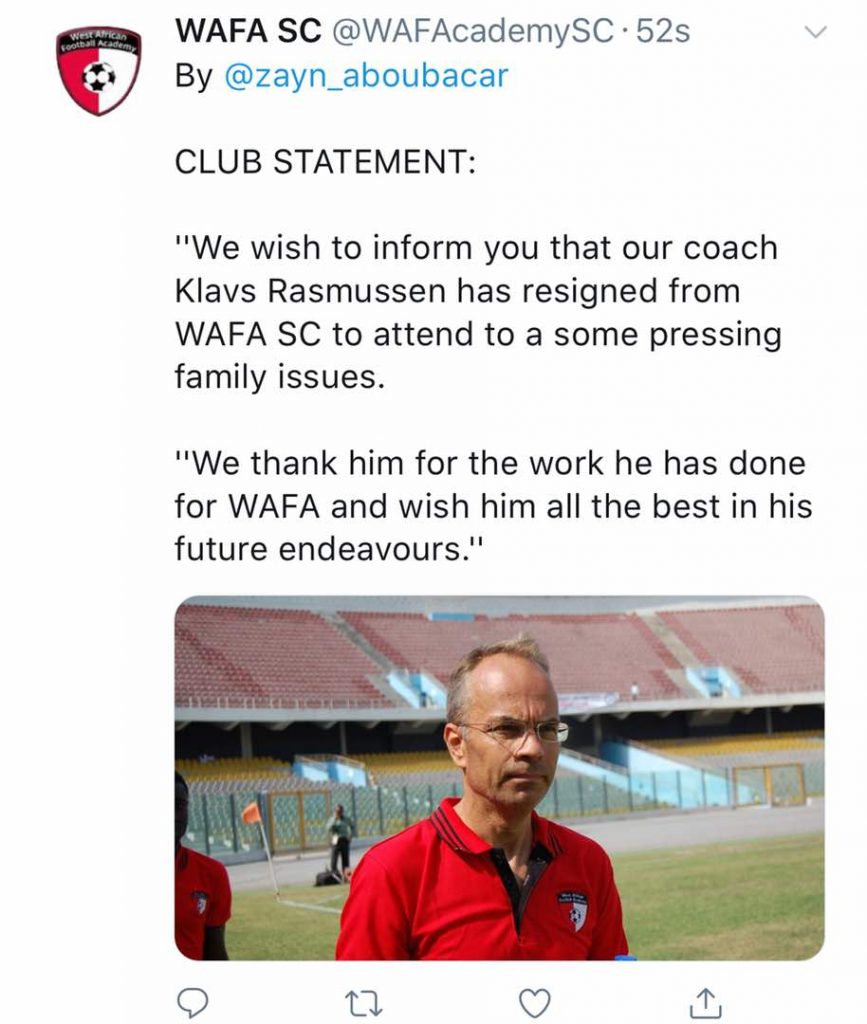