Construction commences for Youth Resource Centers in Dormaa and Wa

Minister of Youth and Sports, Isaac Asiamah, has cut sod for the construction of a multi-purpose Youth Resource Center in Dormaa in the Brong Ahafo Region and Wa in the Upper West Region .

The commencement of construction works in the two regions follow on the heels of similar projects in Dunkwa-on-Offin in the Central Region, Ho in the Volta Region, Koforidua in the Eastern Region, Nyinahini in Ashanti and Axim in the Western Region.

It brings to seven, the number of regions that have since seen the beginning of construction works for the facility. The Kaneshie Sports Complex in Accra, is also undergoing a face-lift that will see an upgrade in facilities to a modern multi-purpose sports edifice.

The complexes, are being constructed across the ten regions of Ghana and “forms part of government’s efforts to address the sports infrastructure deficit in the country”, according to the sector minister Isaac Asiamah.

The facility, when completed, will house an 8-lane athletic track, a FIFA standard pitch, career counseling center, basketball and handball courts as well as a multi-purpose sports hall, a restaurant and an ICT center.

Each center will cost an estimated amount of $1.8 million, with construction expected to be completed in nine months. 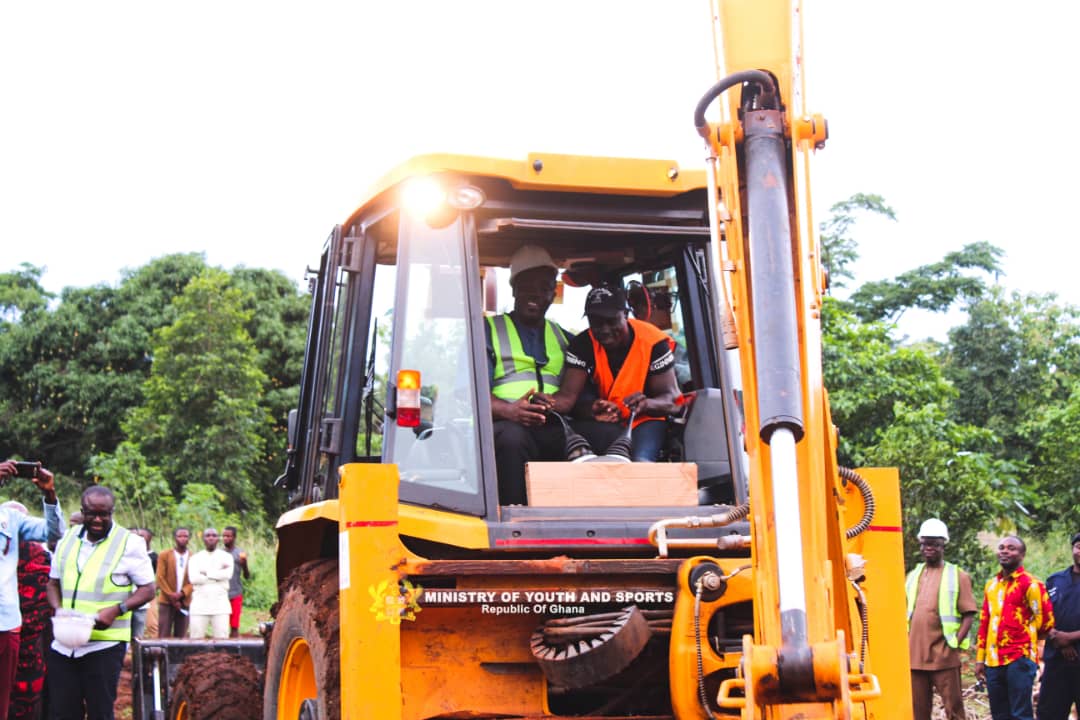