Solomon Asante to be honoured with a billboard in Phoenix?

Exciting Ghana international winger Solomon Asante could be getting a billboard in Phoenix in his honour, after his exploits for USL side Phoenix Rising FC this season.

The former Berekum Chelsea player has been in blistering form for his side this season, scoring 5 goals and providing 5 assists in his 13 appearances.

Asante who only joined the Didier Drogba owned Phoenix side, at the beginning of the season, has received a lot of plaudits since making the move from African giants TP Mazembe.

In a conversation on Twitter on Thursday between Asante’s teammate Collin Fernandez and the Vice President of Sales and Marketing at the club, Sam Doerr, Doerr hinted at the prospect of  paying tribute to Asante’s brilliance this season with a billboard in his honour within the coming days. 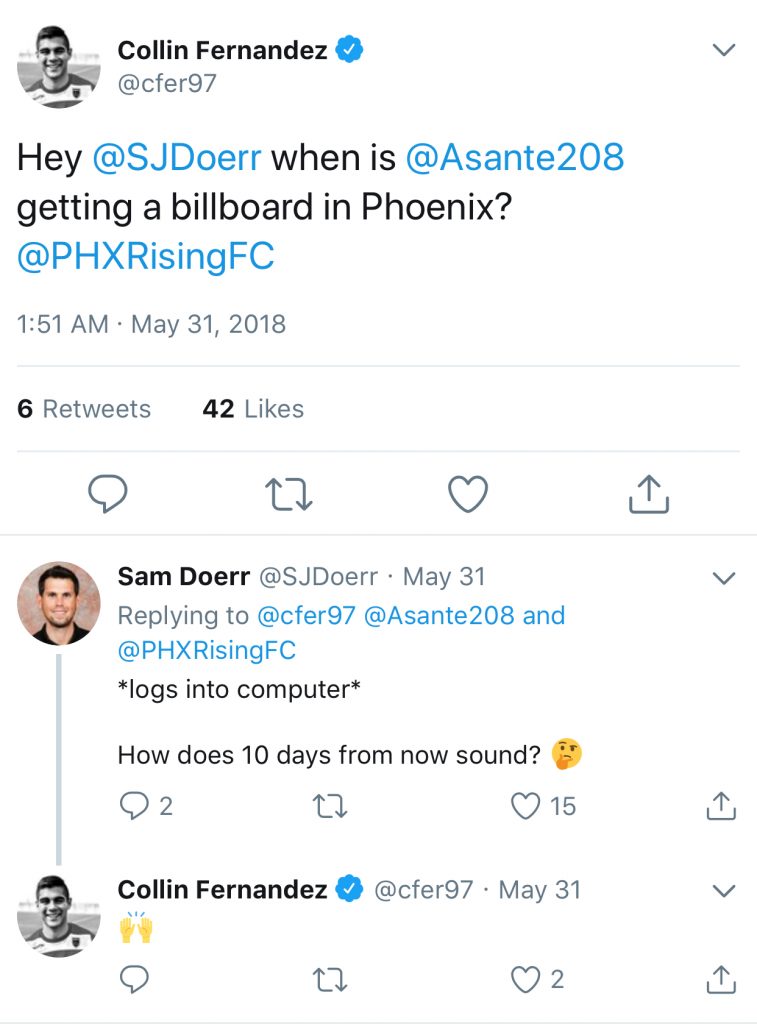