REVEALED: How Nyantakyi schemed to pocket 25% of alleged sponsorship deal

President of the Ghana Football Association Kwesi Nytantakyi, has been caught on tape allegedly outlining the process involved in setting up an agency that would broker a sponsorship deal for the Ghana Premier League.

The dummy company in question was to ensure that all promises made by the Ghana Football Association with regards to the contract are adhered to.

The deal under discussion was to be worth USD 5 million for a year for five years.

As part of the deal the FA would allegedly pay an agency fee that ranged between 20 – 25 % to the agency that Kwesi Nyantakyi proposed to set up.

He added that he owned a financial institution through which the money should be wired. 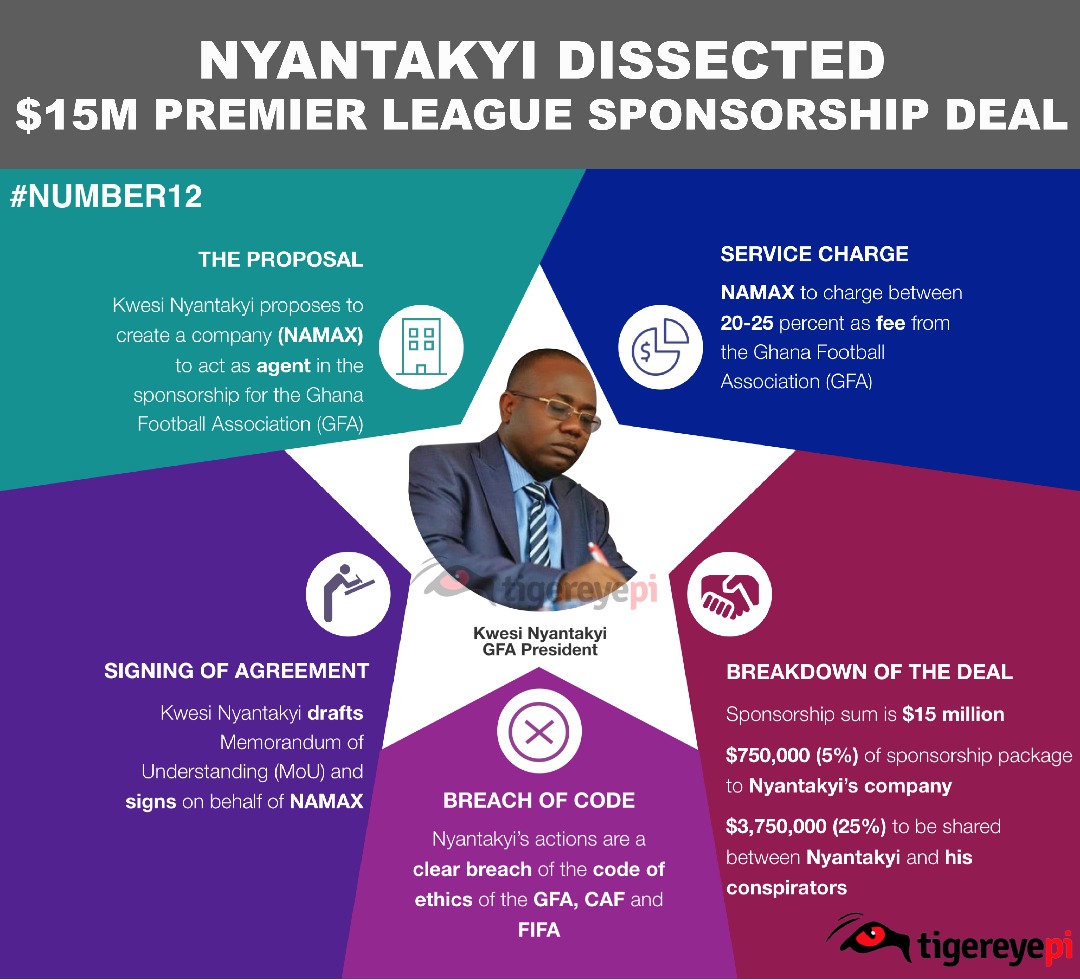 “We will form a company to be the agency that will ensure that the benefits that the GFA will promise are met.

“We will negoatiate with the GFA and you will not have to pay any money.

That money will rather be paid by the GFA from the sponsorship money.

“The money should be sorted out then there will be peace.

Mr Nyantakyi further details how an amount of GHc 1 million which he tagged as thank you money should be handed to him and the Northern Regional FA boss Alhassan Abdullai to split for their hardwork.

These were the same investors from the Gulf who were also interested in securing road contracts among other lucrative government projects.