Fatau Mohammed, a footballer at Al Kuwait Sporting Club in Kuwait has donated a 40-inch flat screen Led TV and seven cartons of voltic mineral water for use at the Maternity Unit of the Obuasi Government Hospital.

A charity match was also honored before the donation exercise.  Players such as Larbi Koomson, Stephen Manu, Iddrisu Yahaya, Osei Pele, Afrane Yeboah, and Sadick Adams all participated in the game. 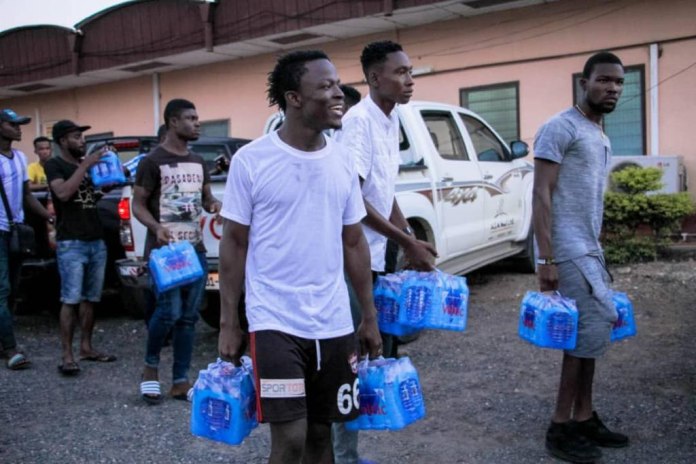 Dr. Lord Francis Loglo in a letter addressed to the player, thanked in for the kind gesture and assured him of the good use of the present.

Fatau Mohammed has played for Gaziantepspor in Turkey, Udinese in Italy, Granada, Almeria and Rayo Vallecano, all in Spain and Al Qadasiya in Saudi Arabia. He is 25 years and now playing for Al Kuwait Sporting Club.