How Azumah Nelson trumped Don King at the negotiation table

Ghanaian boxing great, Azumah Nelson, was one of the many boxing greats to cross paths with the iconic boxing promoter, Don King.

Like a number of boxers who have crossed path with Don King, relationships with the promoter have been known to have their rocky patches when it comes to money issues.

The likes of  Muhammad Ali, Larry Holmes and Mike Tyson all accused Don King of underpaying and cheating them.  Larry Holmes, for example, alleged that over the course of his career Don King cheated him out of $10 million in fight purses.

Azumah Nelson, widely considered the greatest African boxer of all time, is no exception. The only difference is that his bad experience was used as a launching pad to gain the respect of savvy promoter. 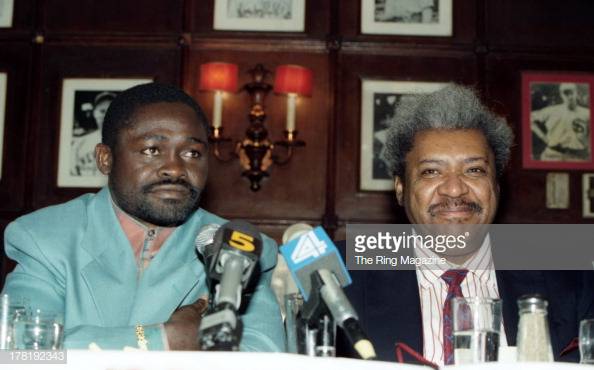 Though they may have had their differences over money, Azumah Nelson also harboured respect and gratitude for Don King despite the promoter’s bad reputation when it came to money.

“He [Don King] is a good person. He is a businessman. Boxing is like banking,” he said on Citi TV’s Face to Face.

Azumah Nelson, later to become the WBC featherweight and the WBC super featherweight champion, signed with Don King after shooting into the limelight despite his loss to Puerto Rican boxer Salvador Sanchez in 1982.

But the boxer’s managers were not able to negotiate satisfactory winnings as they were described as yes men.

“There was a fight and he said he was going to pay me this much and I said no, it is too small I am going back to Ghana. I was in America then,” the Ghanaian boxing legend recalled.

“He was just talking to me on the phone. We were talking on the phone. I was annoyed and I left the phone so I was inside packing and he called me [again].”

It was at this point that Azumah Nelson dropped his bombshell to Don King.

“I picked the phone and I said yes, this is your African slave talk to me.”

At this point, a shocked Don King hung up the phone and rushed to Azumah Nelson’s room to make amends.

“In five minutes, he was in the camp. He came in and called me [saying] champion, you are champion, you are my son, I love you. If you don’t want the money you let me know and I will give you how much you want,” he narrated.

Azumah Nelson, in turn, insisted that the promoter knew how much he was worth.

“He respected me that day… Since then he started dealing [with me] very well.”

Rawlings supported my career; swept our room after training – Azumah