Unilever Ghana announces winners of Rexona be the next champion

Unilever Ghana has announced winners of the Rexona ‘Be The Next Champion’ campaign at the grand final which was held at the Lizzy Sports complex at East Legon.

The winners are Shedrack Adombila from Upper West Region and Alex Agyarkwa from Eastern Region. The winners were selected by Steven O’reilly, Laurence Griffin and Freddie Myers, all from Chelsea FC and Ghana’s Laryea Kingston who was head coach of the competition.

The two footballers will join the Africa 11 team for the ultimate football experience of training and playing against, the Chelsea legends. 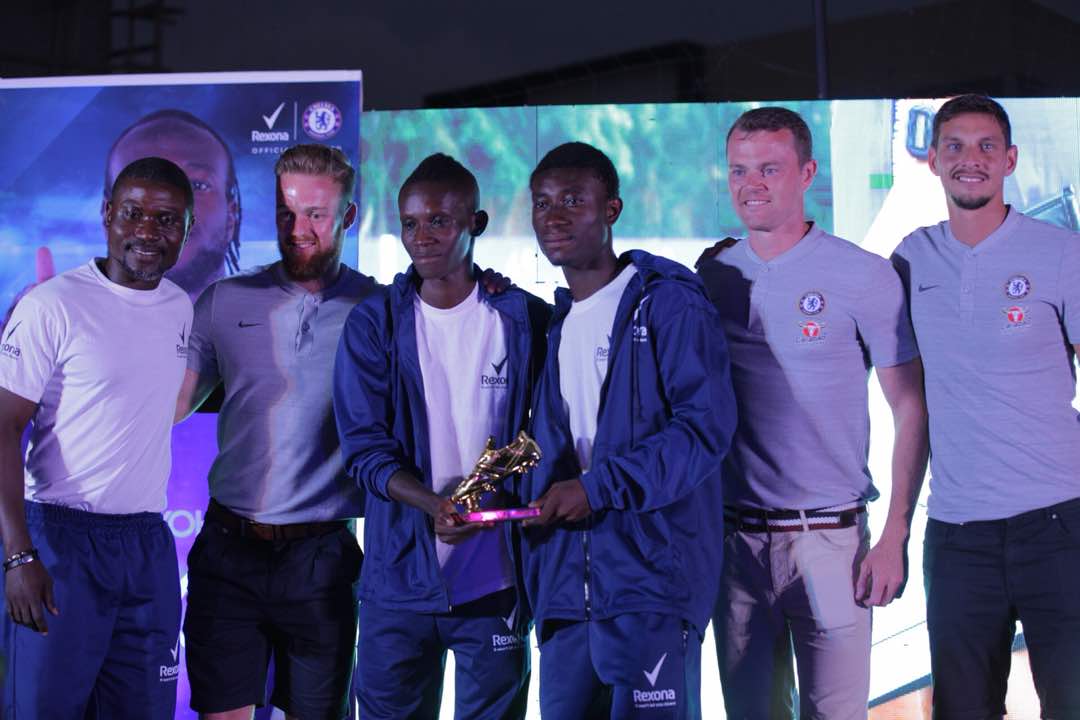 The “Rexona Be The Next Champion campaign” is a football skills competition. About seven hundred aspiring footballers across the ten regions of Ghana participated in the competition. They demonstrated excellent skills, technical and mental ability for a chance to represent Ghana on the Africa 11 team.

Speaking at the grand final, Ms. Vanessa Kavi, Brand Manager for Rexona congratulated the winners for their outstanding performance. She added, “These two young footballers are going to benefit from the ultimate football experience, and we at Unilever Ghana and Rexona are happy to have made it possible through our partnership with Chelsea FC”.

She wished the contestants who could not win the ultimate prize the best of luck in their search for a career breakthrough. “You fought a good fight, but we have only two slots on the Africa 11 team”, Ms. Kavi said.

The official coach for the campaign, Laryea Kingston commended Unilever for the initiative. He noted that; “During our regional scouting, there were a lot of great talents but we had to narrow it down to 26 finalists. I am happy to say that Ghana possesses a lot of football talents, this is a good project by Rexona and I will encourage others to emulate this example”.

The ceremony was attended by Management and staff of Unilever, top football icons including Michael Essien, former Chelsea star and the Be The Next Champion campaign ambassador, Chelsea coaches among others.

Certificates were awarded to each finalist. The   winners will travel to Chelsea, United Kingdom, in September.

Exciting prizes were won by members of the general public who participated in the competition. These include; autographed memorabilia as well as Rexona hampers, jerseys, headphones, water bottles and soccer balls.

Hearts of Oak to train at Pobiman on July 30

No support to groups, media for U-20 Women’s World Cup – Gov’t

No support to groups, media for U-20 Women's World Cup - Gov't