The top award was claimed by Real Madrid star Luka Modric after an impressive year that saw his club win the Champions League for the third successive year and his country, Croatia, reach the World Cup final.

But Messi was completely shunned as he failed to make the top three nominations and Eto’o came to his defence, labelling the Argentinian the best that has ever been. 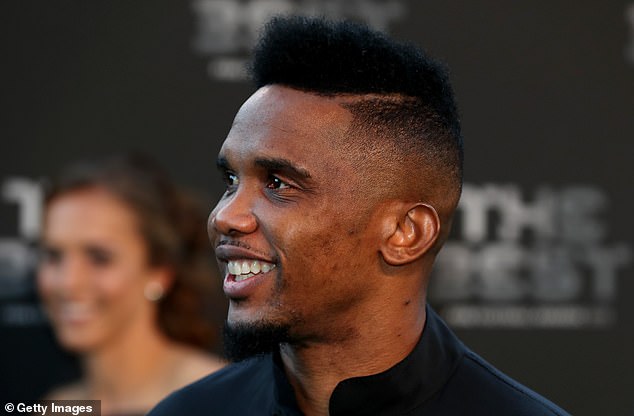 Eto’o has presented ‘best player in the world ever’, Messi, with the award before, here in 2015

‘Leo, for us, will always be the best player in the world ever,’ Eto’o told beIN SPORTS.

‘The human beings have to choose and they chose those three players, who have done well this year too.

‘But for people like me and others, it doesn’t change the fact that Leo is the best player in the world ever.’

It was an impressive year from the Croatia captain and while many agreed he deserved his accolades, the former Cameroon forward disagreed. 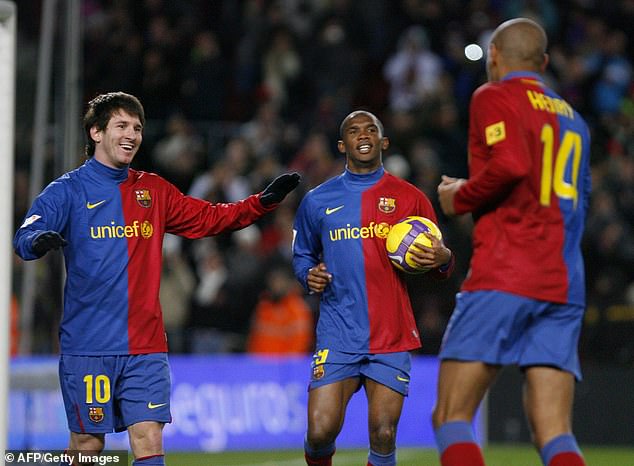 Eto’o played with Messi at the Nou Camp between 2004 and 2009 as the pair made up part of an all-conquering Barcelona side.

During that period Eto’o watched the Argentinian burst on to the scene and he is still of the belief that there is not, and never has been, anyone better.

However, Messi’s Argentina struggled during the World Cup and his Barcelona side also had a difficult time in last season’s Champions League, though they did win La Liga.

Messi came in fifth place in the voting and interestingly selected long-term rival Ronaldo as the third of his three votes.