2018 AWCON: Ghana to face Algeria, Mali, Cameroon in Group A

Ghana’s Black Queens have been drawn to face Algeria, Mali and Cameroon in the Group A of the 2018 Women’s Africa Cup of Nations to be hosted in Ghana.

The draw was conducted at the Movenpick Hotel in Accra on Sunday.

The event was attended by leading figures in African football including CAF boss Ahmad Ahmad and the Chairperson of the Local Organising Committee, Hon. Freda Prempeh.

The Black Queens were also present to discover their three opponents in the competition. 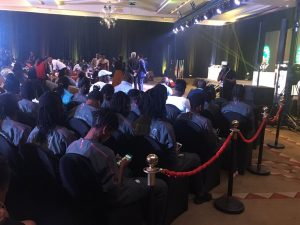 In Group B, Nigeria will face South Africa, Zambia and Kenya in the opening round of the competition.

The tournament runs from November 17 to December 1 and the cities of Accra and Cape Coast will host Group A and B respectively. 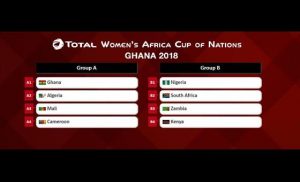 Ghana opens the tournament on November 17 against Algeria at the Accra Sports Stadium with Mali and Cameroon taking to the pitch later that day.

Nigeria will face South Africa the first Group B match on November 18 in Cape Coast while Zambia and Kenya meet at the same venue later that day.

Both venues will host 8 matches each in the tournament with Accra hosting the final and Cape Coast taking the 3rd/4th place playoff.