Meanwhile, Philippe Coutinho left the Reds to complete his long-awaited switch to Barcelona for a whopping £142million fee.

It’s set to be another big-spending window as clubs at either of the end of the table look for a boost in the second half of the season.

Here, talkSPORT.com looks at the top 10 biggest Premier League transfers that could happen in the 2019 January transfer window.

The young France forward was left out of Barcelona’s matchday squad against Real Betis earlier this month. He had reportedly angered Barcelona chiefs after failing to inform them he would miss training with a stomach bug on the Thursday leading up to the game. 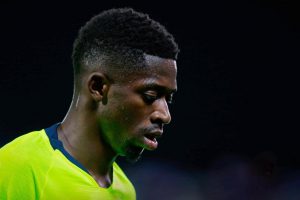 He has enjoyed a mini-resurgence of late, scoring an injury-time equaliser against La Liga rivals Atletico Madrid on Saturday. However, his Nou Camp future looks bleak.

Barcelona would want to recuperate most of the £96million they paid for Dembele last year, but Arsenal and Liverpool could offer a slightly lower fee.

Pulisic is set to discuss his Borussia Dortmund future in January. Chelsea and Liverpool are waiting in the wings if the USA international, whose contract expires in 2020, decides to leave.

The 20-year-old has fallen behind England winger Jadon Sancho in the pecking order at the Bundesliga club.

Dortmund sporting director Michael Zorc has insisted Pulisic will remain in Germany until the end of the season, but if his playing time does not improve, he could force through a move to the Premier League.

It’s almost a year since Sanchez moved to Old Trafford from Arsenal. He has managed just four goals in 30 appearances, losing the trust of manager Jose Mourinho.

The Chilean has been dropped in big games against Manchester City and Chelsea this season and was not even in the squad against Young Boys on Tuesday night. 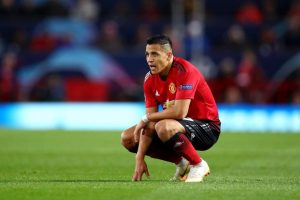 He has three-and-a-half years left on his £500,000-a-week contract which raises his market value – but if there’s a club to get an expensive deal done – it’s PSG.

The Red Devils were linked with the Atletico Madrid captain towards the end of the summer transfer window. Mourinho has been desperate to strengthen his defence and you can see why – they have conceded 21 league goals this season – the most of any top-10 club. 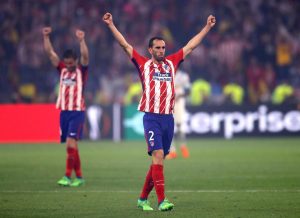 Godin’s contract runs out at the end of the season and he is yet to sign an extension, leaving the door open for United.

The 32-year-old, regarded as one of the world’s best defenders, would tighten United’s leaky backline.

De Jong has been compared to Barcelona legend Johan Cruyff. He started all four of the Netherlands’ Nations League games as they won their group to advance to next year’s semi-finals.

The 21-year-old, a defensive holding midfielder, would be able to learn from Manchester City stalwart Fernandinho if he completes his expected move to the Etihad. 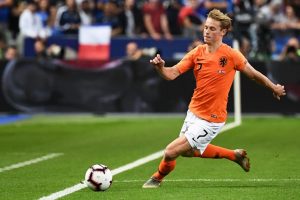 City are reportedly preparing to offer Ajax €70 million plus €20 million add-ons for their star man.

De Ligt is being monitored by top Premier League clubs.

At the age of just 19, he is captaining Ajax and a regular in the Netherlands national team. His international defensive partner Van Dijk even reckons Liverpool are keeping tabs on him. 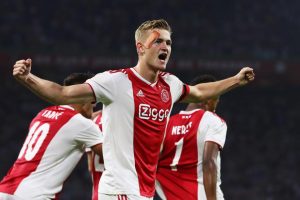 It seems De Ligt will be spoilt for choice when choosing his next move.

Bailly started the season as Manchester United’s first-choice centre-half, but has fallen out of favour with Mourinho.

In his previous two league starts, he conceded a penalty in a 3-2 defeat to Brighton before being hooked off after 19 minutes with United trailing 2-0 at home to Newcastle. 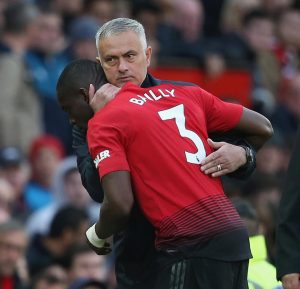 Phil Jones was named on United’s bench ahead of Bailly in their goalless draw with Crystal Palace on Saturday, which proves how far the Ivorian has fallen.

Arsenal and Tottenham are rumoured to be keen on Bailly, whose Old Trafford days look numbered.

Nasri is training with the Hammers in a bid to earn a contract. The Frenchman’s 18-month doping ban ends on January 1.

He worked with West Ham boss Manuel Pellegrini during their time together at Manchester City – and the Chilean is keen to sign him if he proves his fitness. 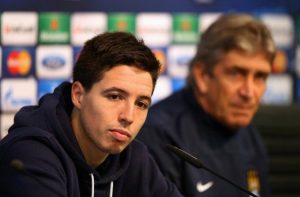 “If he has no injuries from now until January, when he can play, I think he can be fit without any problems,”Pellegrini said. “It depends on the work he will do. The most important thing is not to try to do it too fast.”

Ndombele has become one of Europe’s breakthrough stars after impressing in the Champions League.

The France midfielder scored in back-to-back games and starred in the 2-2 draw with Manchester City on Tuesday night. 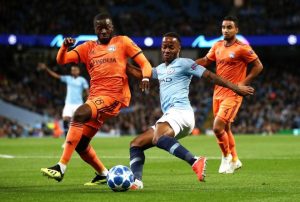 Arsenal and Everton are understood to have sent scouts to watch Ndombele in action this term.

Christensen is still waiting to make a Premier League appearance under Maurizio Sarri. He has expressed his discontent over his playing time after falling behind David Luiz, Antonio Rudiger and Gary Cahill in the pecking order.

AC Milan have been linked with the Denmark defender and could sign him on loan with an option to buy at the end of the campaign.
Credit:Talksport
ShareTweetSend
Previous Post