The season finale of Malta Guinness’ proprietary event, the Maltavator Challenge, ended in Accra over the weekend.

Six finalists have emerged to represent Team Ghana in the Pan-African competition of the Maltavator Challenge Season Two, which will be held in Johannesburg, South Africa in February this year.

40 contestants were recruited to participate in the finale after a tour of four cities; Accra, Takoradi, Kumasi and Tamale where 10 contestants each made the cut.

The Ghana finale of the competition, held at the Lizzy Sports Complex in Accra last Saturday, took the 40 contestants through some physical obstacle courses and intellectual tasks where the six finalists eventually emerged. 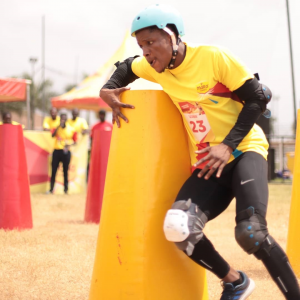 24-year-old level 300 KNUST student, Solomon Baba Akumba, came out tops to be crowned the season 2 winner after beating the 39 other contestants who were selected from the four recruitment zones last November.

The six finalists were also awarded with souvenirs from Malta Guinness and smart watches from Garmin Sports. 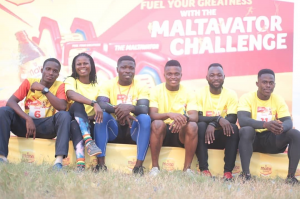 Brand Manager of Malta Guinness, Roland Ofori, was full of excitement about the passion and the high level of competitiveness from the contenders who came from across the 10 regions in Ghana.

Akumba, in an interview, said he was delighted with his win and was looking forward to conquering Africa.

According to him, he was not going to get complacent in his training as he readies himself for the contest in South Africa.