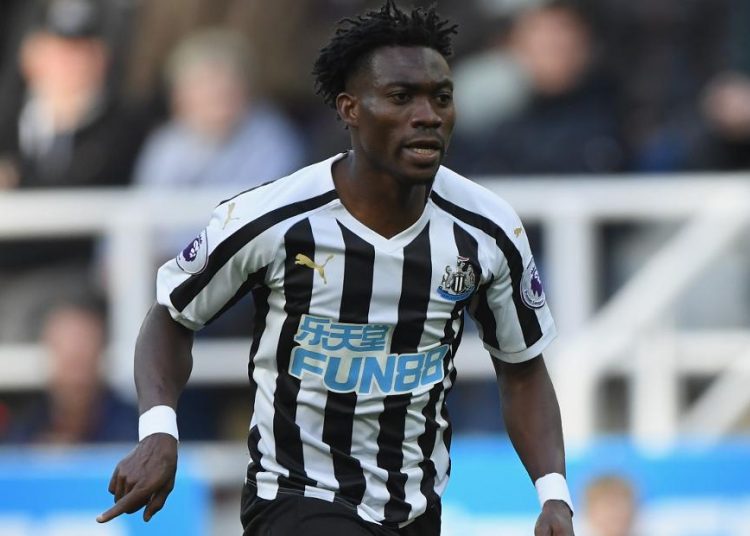 Black Stars and Newcastle United winger, Christian Atsu, says he is more than willing to help the underprivileged and poor in society all over the world mainly because of what he experienced growing up in Ghana.

Atsu is currently partnering a charity, Arms Around The World, as an ambassador for their work around the world in making life better for the poor and needy.

The charity is found in Ghana, South Africa and India and they focus their efforts on helping orphans and children affected by HIV/AIDS and other circumstances.

In an interview with the British paper, the Guardian, which was published on Friday, Atsu stated that his desire to give back stemmed from his remembrance of the poor conditions he grew up in and the fact that he was living a far better life at the moment as a professional footballer.

“Football changed my life completely; sometimes what’s happened seems like a miracle but it’s enabled me to help my community and my family.

“My faith is the most important thing in my life. I know I’m one of the lucky people God has blessed. I’m very lucky and privileged to be in this position. I had nothing and now I’ve got too much so I have to give something back.

“I donate often, so they can buy food and stuff. At the moment we’re building a school in Ghana. About 300 children will attend, I want everyone to have the chance of education.”

Atsu also spoke on his relationship with Newcastle United manager, Rafael Benitez and how the former Liverpool boss was impacting things positively at the club and revealed that he would love to see Benitez stay longer at the club in response to speculation to the Spaniard’s future.

“Everyone here finds Rafa warm. If you have a problem you can go and speak to him, you can talk to him about anything. He keeps pushing everyone in training every day; he teaches you how to be a professional on and off the pitch. Newcastle’s a big club and Rafa’s a great manager, one of the best in the world, one of the few to have won the Champions League. He’s great for this club, with him here, big players will come to Newcastle and we can win trophies.”

Atsu and his Newcastle United team mates will be taking on Huddersfield at the St. James’ Park this Saturday on Citi FM’s live Premier League boradcast at 3pm.