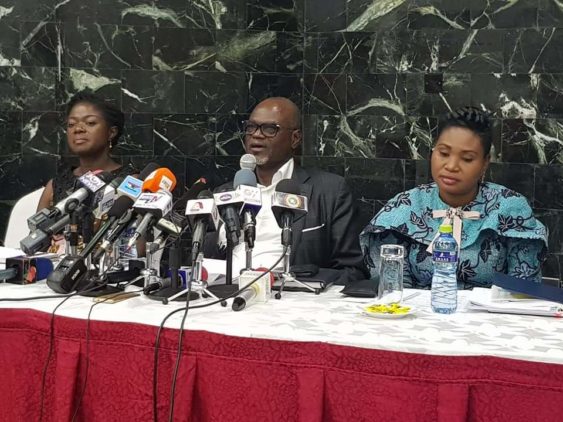 A committee has been set up to handle the implementation of the Special Competition being organised by the GFA’s Normalisation Committee.

The latest development follows a meeting between the Sports Ministry, the Parliamentary Select Committee on Sports, the Normalisation Committee and the Ghana League Clubs Association.

The Special Competition was cancelled by the Normalisation Committee following what it described as “sabotage” on the part of the Premier League clubs.

The competition was to engage Ghana Premier League and Division One League clubs in some competition following the freeze on local football after the airing of the Anas “Number 12” documentary in June 2018.

A statement from the Sports Ministry said that a date for the start of the competition would soon be announced. 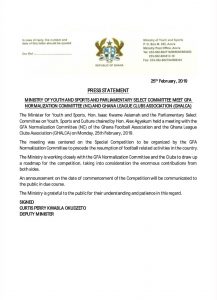 Members of the committee for the Special Competition will meet on Thursday for the first time to begin work on the way forward for the competition.