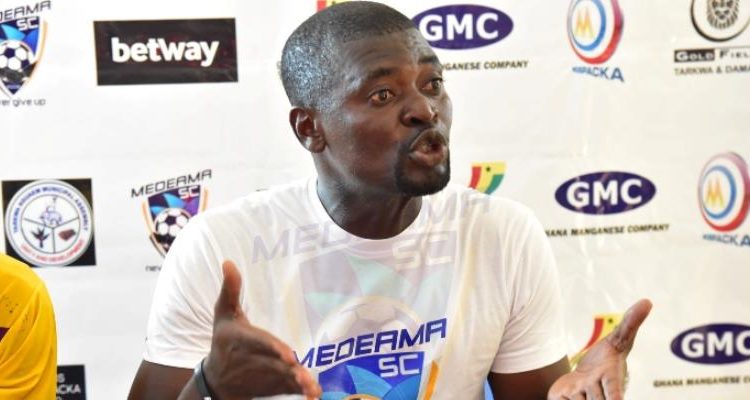 Medeama head coach, Samuel Boadu, says the nation’s football space should start taking notice of him and what he brings to the table in terms of coaching.

His comments follow his side’s 1-0 victory over Asante Kotoko on Thursday on match day 2 of the ongoing Normalisation Committee Special Competition.

Boadu stated rather confidently that it was time for all to see the work he was putting in and give him the needed recognition.

“We thank that football is back in Ghana but this is the time to prove that there is a coach somewhere. People do not know Samuel Boadu but I know myself and I know what I am capable of doing. I think that Medeama is gearing up for more based on the match we played against Kotoko.”

Medeama’s victory came via a penalty kick early in the game and the result pleased him greatly.

“I am happy with the result and the players. Kotoko were in the CAF Confederation Cup while we were just training. The boys were in camp and when this competition was announced, we broke camp and they went back home.”

Medeama host Bechem United on match day 3 of the Special Competition on Sunday in Tarkwa.

Danny Rose on racism: Tottenham defender ‘can’t wait to see the back of football’