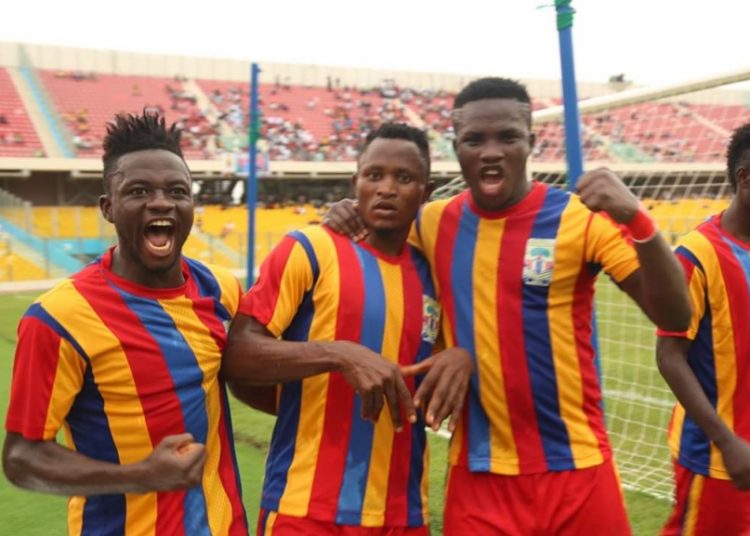 Hearts of Oak found the winning path once again when they beat Dwarfs 2-1 at the Accra Sports Stadium on match day 4 of the Normalisation Committee’s Special Committee.

The Phobians took the lead as early as the first minute through Joseph Esso and he added a second before half time. Bright Luqman pulled one back for the visitors in the second half.

Asante Kotoko emerged on the right side of Ashanti derby against AshGold with a 2-0 scoreline at the Baba Yara Stadium. Abdul Fatawu Safiu’s double in the second half settled the tie.

In Tarkwa, Medeama held off Bechem United to win 3-2. Patrick Adu’s own goal put Medeama 1-0 up before Joseph Tetteh Zutah made it 2-0. Sylvester Owusu pulled one back for Bechem but a Kwame Boateng penalty made it 3-1. Emmanuel Owusu found the net to make it 3-2.

Aduana Stars found a 1-0 win at Berekum Chelsea. Fatawu Abdulrahman got the goal that made the difference on the day.

WAFA kept their good home run going with a 2-1 victory over Karela. Augustine Boakye and Daniel Owusu scored for WAFA and Solomon Sarfo was on target for Karela.

The match between Elmina Sharks and Liberty Professionals ended goalless.