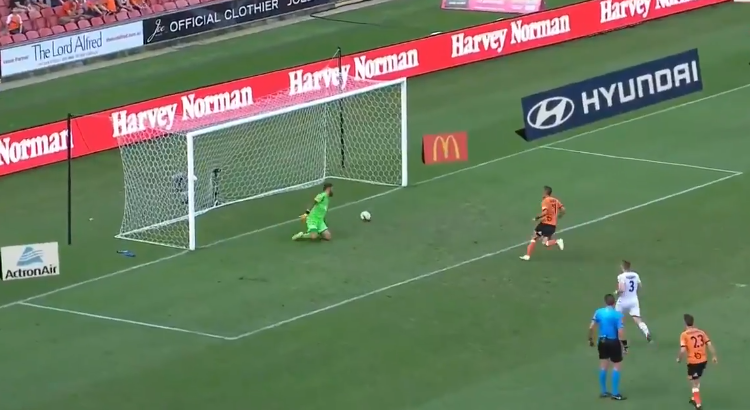 It takes a lot of guts to take a Panenka penalty because if you mess it up then you get completely embarrassed.

French midfielder Éric Bauthéac has proved the exception to the rule by scoring despite seemingly messing up his panenka.

Penalties really should be simple. 12 yards out, ball on the spot, only the goalkeeper to beat, hit it with power or hit it with precision. Sure you won’t score every time but it get it right and you probably will.

Brisbane Roar midfielder Éric Bauthéac either invented the false Panenka during their game against Adelaide United or he managed to score after scuffing his attempt at a normal Panenka.

Either way, it was amazing.

French winger Éric Bauthéac with a new take on the Panenka in Australia last night. pic.twitter.com/bglCXUVPq4