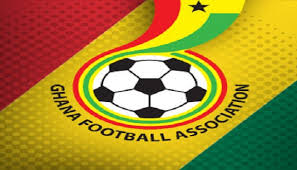 We have learnt with horror that following a confrontation between opposing supporters and officials, gunshots were fired as well as brutal acts of violence and hooliganism.

While expressing our commiserations to the injured officials and supporters, the N.C would like to state in no uncertain terms that it is totally against the carrying, wielding or use of weapons at any venue before, during or after football matches.

Again, the NC emphatically condemns any provocation, abuse, threats or intimidation; be it verbal or physical towards players, team/ match officials and media and takes such attacks very seriously.

The NC would like to assure the general public that we will liaise with the police in their criminal investigations to reach conclusive findings and ensure appropriate sanctions are meted out to the perpetrator(s).

This latest incident should not be taken lightly and the NC urges the Police and other relevant stakeholders to join forces in order to clamp down heavily on offenders to serve as a deterrent against future incidents.

Additionally, the Normalization Committee in accordance with GFA statutes will refer the matter to the Disciplinary Committee of the GFA.