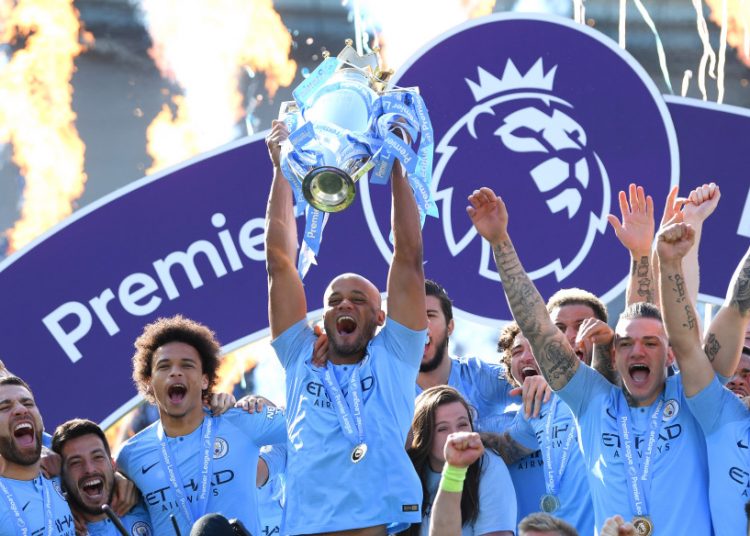 Manchester City are 2018/19 Premier League champions, beating Liverpool to the prize in one of the most thrilling title races in years.

The battle for silverware went all the way down to the final day, with City entering their match against Brighton one point clear of Liverpool in second.

The Reds hosted Wolves in their season finale, and did what they had to do, beating Nuno’s side 2-0 at Anfield.

However, City’s own victory kept them ahead of Liverpool, ensuing Pep Guardiola’s side claimed a second successive Premier League title.

Liverpool were given hope of a potential upset at the Amex when Glenn Murray headed Brighton in front, but City were professional enough to overturn the deficit and seal a 4-1 comeback win.

Sergio Aguero levelled proceedings shortly after Murray’s opener, before Aymeric Laporte put the visitors in the lead before half-time.

The three points were wrapped up just after the hour mark, with Riyad Mahrez firing a thunderous shot past Mat Ryan to guarantee City the win – and the title.

Ilkay Gundogan’s stunning free-kick which made it four was the cherry on top for Guardiola and his players.

t was a remarkable title race which lasted until the final day, yet was oddly bereft of twists and turns as City and Liverpool relentlessly racked up win after win after win.

As it turned out Liverpool won their last nine but City’s 14-match winning streak, a record end to a top-flight season, ensured the Reds’ wait for the title will tick into a 30th year.

Over nine months and 38 games each, the two juggernauts clocked up 195 points between them as they disappeared over the horizon.

Liverpool’s final total of 97 would have seen them take the title at a canter in every other Premier League season, barring the last. Yet they still could not catch this incredible City side.