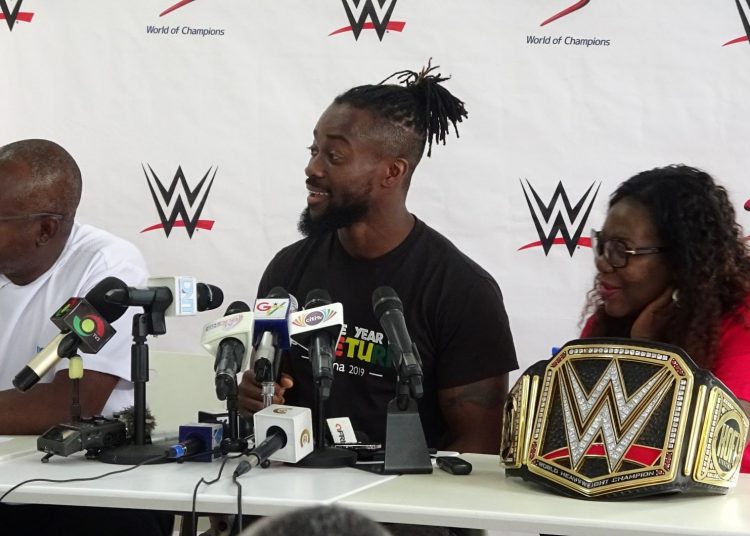 WWE Heavyweight champion, Kofi Kingston, says getting his hands on the title was the fulfillment of a dream he had always had since childhood.

The feat made headline news especially in Kingston’s home country of Ghana.

On a visit to the country which was put together by his family and DStv SuperSport, the entity with the exclusive tv rrights to broadcast WWE events in Ghana, Kingston highlighted the importance of finally his achieving the dream he had envisaged since his WWE debut in 2008. 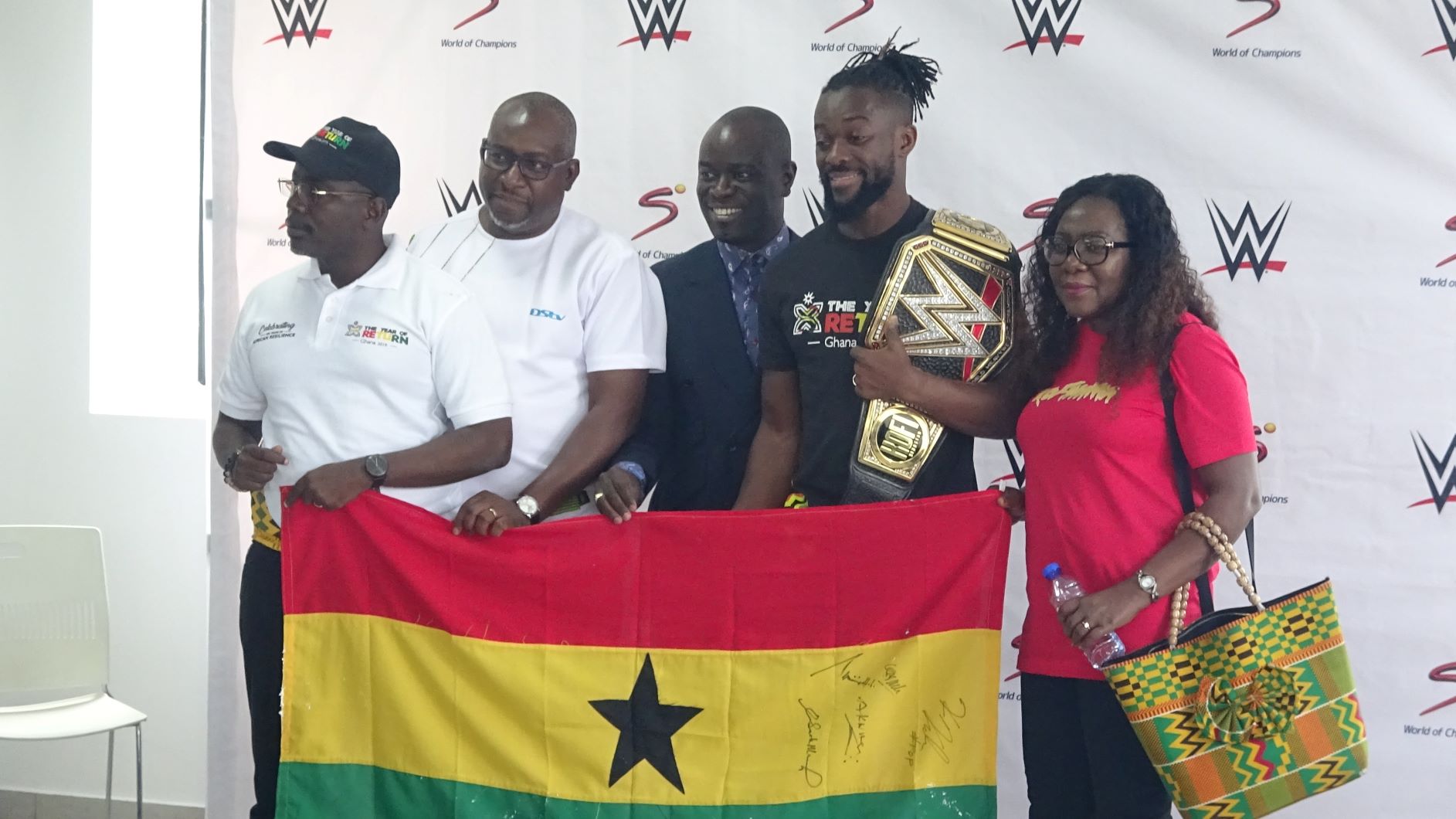 “As far as my becoming WWE champion, this has been since I was a child, I debuted in 2008 and I never had a single title match for the WWE Championship until Wrestlemania.

I feel that if I had won the title back then, it would not have been as meaningful as it is now. Everyting happens for a reason and a lot of start had to align for that. I had to wait 11 years to become WWE Champion.”

He went on to speak on his state of mind ahead of the Wrestlemania event that eventually placed at the top of the sport.

“I was surprisingly very calm when I was heading into Wrestlemania. I have been doing this for a very long time and have been to several Wrestlemania events but they were never as big as Wrestlemania 35.

I believe that all those appearances prepared for the big one and they made me calm and ready to see how significant my victory was. I was really excited at the opportunity because not a lot of wrestlers have this chance to get single matches at Wrestlemania.”

Kingston’s victory has been hailed in Ghana by lots of people and he is aware of what his achievement can do for many people looking for some inspiration to help them get to their goals.

He stated that he would keep working hard and being successful as a way of inspiring many young Ghanaians to go for their dreams and goals.

“My main plan to help is to keep doing what I am doing. I want to provide visual confirmation that anything is possible. When you see me holding my title, you can do it too. That is what I will do to promote Ghanaian athletics. I am willing to be an example to people who want to reach the stars.”

What’s next for Kingston?

Kingston was challenged by Dolph Ziggler on May 22 on an episode of Smackdown to a fight on WWE Super ShowDown on June 7 and Kingston took the challenge.

The event will also feature top clashes between Triple H and Randy Orton and Goldberg vs The Undertaker.