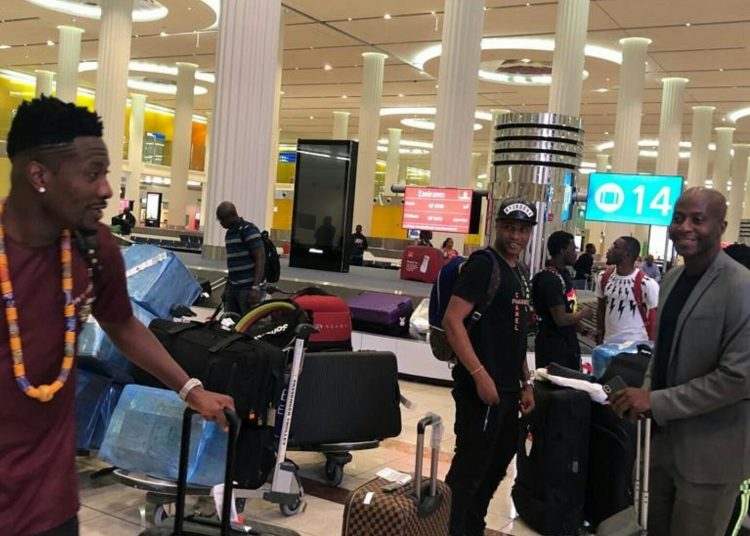 Black Stars captain, Andre Ayew and General Captain Asamoah Gyan, who were part of the second batch of playrs who flew out of Accra on Sunday evening to join the rest of their teammates in the United Arab Emirates for the team’s pre-tournament camp in Dubai have arrived.

The team has set up camp in the UAE ahead of the Africa Cup of Nations in Egypt.

The team was met on arrival by Ghana’s Ambassador to United Arab Emirates Alhaji Ahmed Ramadan.

Ghana will play two friendly games against Namibia and South Africa during their 2-week stay in the UAE before making the short trip to Egypt for the start of the AFCON.

AFCON 2019 kicks off on June 21 with Ghana’s first game slated for June 25 against Benin.