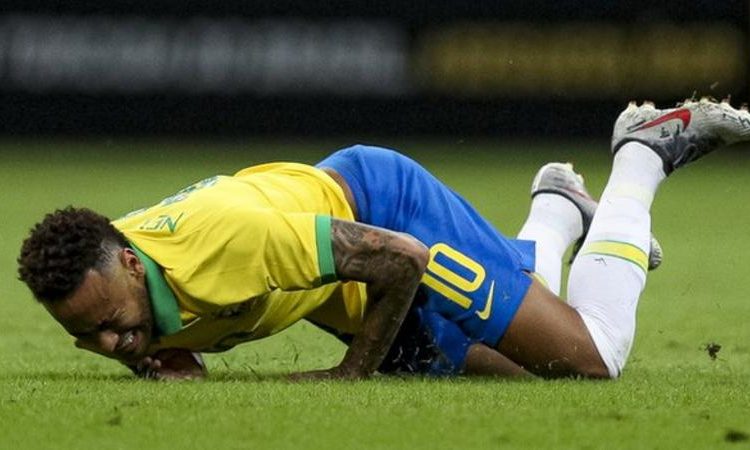 Neymar will miss the 2019 Copa America on home soil after rupturing a ligament in his ankle during Brazil’s 2-0 friendly win over Qatar in Brasilia.

The Paris St-Germain forward, 27, who was stripped of the Brazilian captaincy in May, limped off after 17 minutes.

Neymar was taken to hospital for a scan after being helped off the pitch by members of the Brazil support staff, having appeared to twist his ankle.

Brazil coach Tite, who on Monday described the forward as “indispensable” but not “irreplaceable” in the team, initially believed the injury would not be “very serious”.

Neymar, who joined PSG from Barcelona for a world record 222m euros in August 2017, missed three months between January and April earlier this year after breaking a metatarsal in his right foot.

He also missed three months following surgery on the same injury in 2018, returning just in time to play in the World Cup.

The hosts are attempting to win South America’s continental tournament for the first time since 2007.

CAFCL: We will not return Champions League trophy and medals – Esperance

CAFCL: We will not return Champions League trophy and medals - Esperance