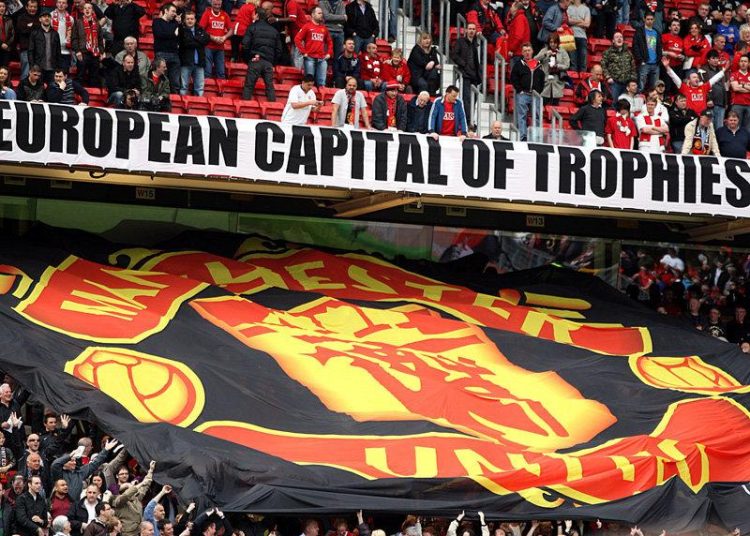 Manchester United supporters have been involved in more football-related arrests where racism was an aggravating factor or a feature than any other club in England in the four seasons up to 2017-18, data from the Home Office shows.

Data released under a Freedom of Information request shows that 27 individuals recorded as United fans by police were arrested during the seasons 2014-15 to 2017-18.

Championship clubs Leeds and Millwall each had 15 supporters arrested, while Leicester had 14 and Chelsea 13.

The 2018-19 season in England was marred by a series of racism-related incidents and arrests. Data for the season just ended is set to be released later this summer.

Where racism has been recorded as a feature of an incident, it requires the arresting officer to tick a box, which is why the Home Office says the overall accuracy of the data cannot be guaranteed.

Manchester United pointed to the fact their large attendances meant the percentage of their supporters involved was miniscule.

A club spokesperson said: ‘There is no place for racism within our game, or in society as a whole, and we are committed to working to make football free from all forms of discrimination, whether through our own “All Red All Equal” campaign or in support of Kick It Out and other organisations.

‘This statistic applies to 0.0004 per cent of our matchgoing fanbase. I does not reflect the views or behaviour of our fans as a whole in any way. We continue with monitoring and liaison with authorities to try and identify and eradicate any forms of discriminatory behaviour, and we take appropriate action if it occurs.’

It is understood there are 69,000 home fans among the 72,000 supporters for each match at Old Trafford, with a minimum of 3,000 United fans at every away game.

The club first developed the #allredallequal campaign, against all forms of discrimination, during the 2016-17 season.

Other clubs with arrests in double figures are West Ham (11), with Barnsley, Manchester City, Middlesbrough and Sunderland all on 10.

In 2018-19 England forward Raheem Sterling alleged he was racially abused during a match for his club Manchester City at Chelsea. The Crown Prosecution Service announced in April that there was insufficient evidence that the words used by a Chelsea fan were racially aggravated.

England’s black players suffered abuse during a Euro 2020 qualifier away to Montenegro in March, while a Tottenham supporter was handed a four-year football ban and a £500 fine for throwing a banana skin towards Arsenal forward Pierre-Emerick Aubameyang in December last year.

Anti-discrimination body Kick It Out reported last November that there were 520 reports of discriminatory abuse during the 2017-18 season, an 11 per cent increase on the previous campaign and the sixth year in a row where the figure had risen.

Fifty-three per cent of those reports concerned alleged racist abuse.

In response to the Home Office data obtained by the Press Association concerning arrests, a statement from Kick It Out read: ‘These figures show racism is a nationwide problem shared by clubs of all different sizes in all parts of the country.

‘We support them in challenging racism and other forms of discrimination, and will continue our programme of education in the game to help reduce this problem.’

"I was hurt" - Maxwell Konadu on his Black Stars axe