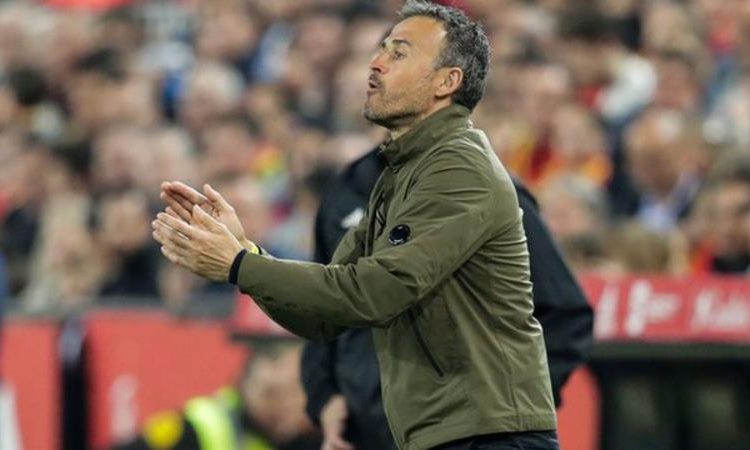 Luis Enrique's last game in charge was a 2-1 victory over Norway in a Euro 2020 qualifier in March (Image credit: Getty Images)

Spain manager Luis Enrique has stepped down ‘for personal reasons’ and will be replaced by assistant Robert Moreno after less than a year in charge.

The former Barcelona boss signed a two-year contract in July 2018.

Enrique had been absent since March because of “a family matter of an urgent nature” according to the Spanish Football Federation.

The 49-year-old took over the national team following their exit from the 2018 World Cup in the last 16.

“It was a decision Luis Enrique took himself, which we are grateful for,” said Luis Rubiales, president of the Spanish Football Federation.

“We will have a perfect memory of him. It’s a personal matter which doesn’t depend on us. We think it’s the best thing to do.

“We are convinced that the best response is the most prepared team, and that team is represented by Robert [Moreno] and his group, who arrived with Luis Enrique.”

Enrique took charge of Spain’s Nations League campaign, where they failed to reach the semi-finals, and began their Euro 2020 qualifying campaign.

He travelled back home for a family matter before Spain’s 2-0 victory in Malta in March and Moreno was placed in temporary charge.

Under Moreno, Spain have won their past three games and will take on Romania in their next Euro 2020 qualifier in September.

Moreno, 41, told reporters at a press conference on Wednesday it was “a bittersweet day” but he was “encouraged” by support from Enrique.

“I didn’t expect to be the head coach this way. Let’s try to carry on the top the work that Luis started,” said Moreno.

“It was my credit that Luis agreed and supported us. For me, that is what has encouraged me to pull forward.”

Moreno was assistant to Enrique at Roma, Celta Vigo and Barcelona before joining up with Spain and says he “instilled in me the knowledge of the players”.

He said: “Since I was 14 years old, I have thought about reaching the highest level, but I didn’t expect it this way.

“I’ve spent nine years with Luis training the best in the world and watching his decisions. We’re going to do a great job.”