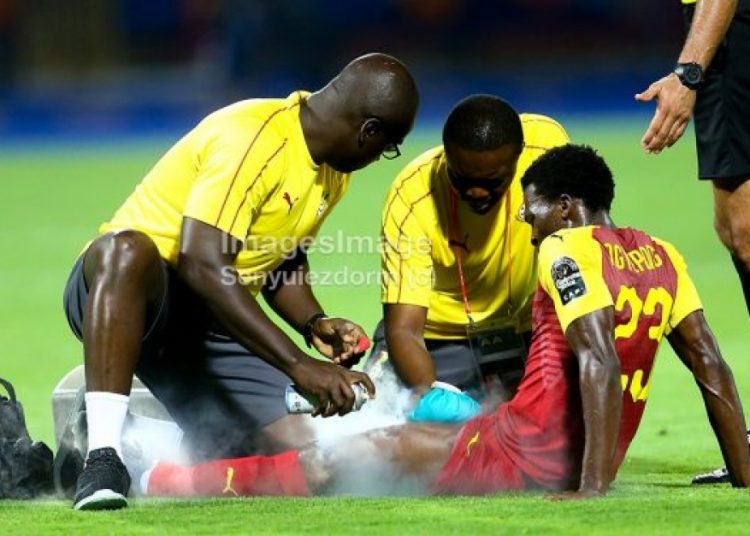 Midfielder Thomas Agyapong has been ruled out of Ghana’s game against Cameroon on Saturday but captain Andre Ayew will be fit to play, Fentuo Tahiru reports from the team camp in Ismailia.

The two players sat out the Black Stars’ recovery training on Wednesday following injuries in Ghana’s opening game against Benin on Tuesday.

Team doctors sent both players for scans on Wednesday which have now confirmed thw degrees of their injuries.

“Andre Ayew will  will be ok to play against Cameroon Agyeapong will need a minimum of one week to recover,” a source close to the team told our reporter Fentuo Tahiru in Egypt.

Agyapong sustained a thigh injury and had to be substituted in the first of Ghana’s 2-2 draw against Benin and Ayew injured his ankle towards the end of the game.

The Black Stars are desperate to beat Cameroon in their second game on Saturday to boost their chances of booking a last 16 berth.

–Fentuo Tahiru is in Egypt covering the AFCON by kind courtesy of Betway .