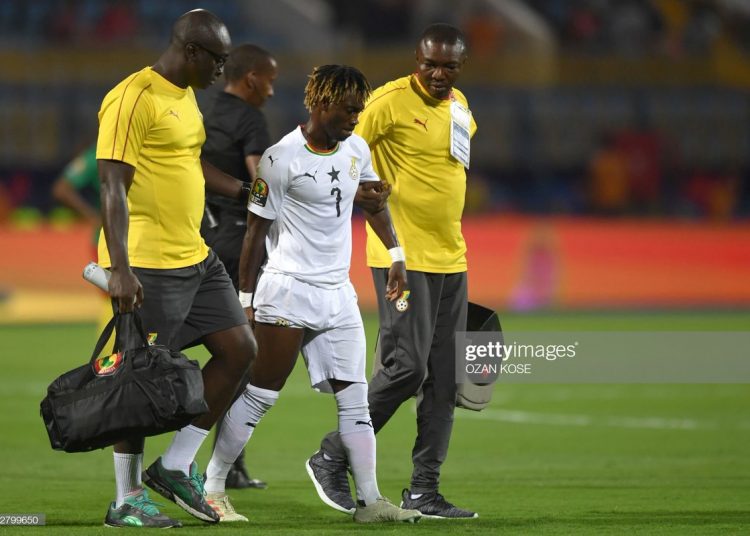 Christian Atsu has been tentatively ruled out of Ghana’s last Group F game against Guinea Bissau on Tuesday after he picked up a muscle injury in Ghana’s 0-0 draw against Cameroon last Saturday.

Center back, Jonathan Mensah, meanwhile, remains doubtful for the game after also picking up an injury against Cameroon.

Both players were sent for scans on Sunday and head coach Kwesi Appiah has revealed Atsu’s injury is severe but indicated that Mensah’s situation will be monitored closely during this evening’s training session in Suez.

“The doctor took Atsu for a scan and Jonathan as well who also picked up an injury. We will have today’s training and we wait for the full report.

“According to the doctor, Atsu doesn’t look good but Jonathan will take part in the training session today to assess his situation,” Appiah said at his pre-match press conference.

Kwesi Appiah however maintained that he still has enough options at the center back position to cover for the absence of Jonathan Mensah, if he fails to recover, and Kasim Nuhu, who is suspended for the game.

“We have about 5 players who can play at center back so hopefully we should be fine,” Appiah said.

Ghana must beat Guinea Bissau in their last Group F game in Suez to qualify to the round of 16.

The game will take place at the 27,000 capacity Suez Stadium, home of Egyptian Premier League side, Petrojet.

Kick off is at 6pm local time, 4pm in Ghana.