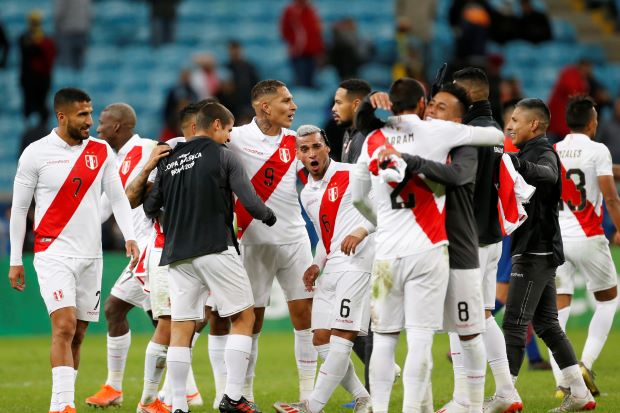 The underdogs at the 2019 Copa America have proven themselves worthy of a final as they stunned Chile in the tournament.

Los Incas shocked the defending champions as they beat them by three goals to nil in the second semifinal of the tournament.

The Peruvians took the lead in the 20th minute of the first half thanks to a volley by Edison Flores.

Yoshima Yotun doubled their tally after putting the ball into an empty net as Arias was nowhere to be found in goal.

Chile were the better team in the second half but their efforts could not yield a goal.

The captain of the side made it three and a perfect night for the side that no one expected to even make it this far in the continental Mundial.

Brazil will fancy their chances against the surprise package of the tournament as they have already met in the group stages where the Samba Boys won by five goals to nil.