#AFCONonCiti: Black Stars knocked out by Tunisia on penalties 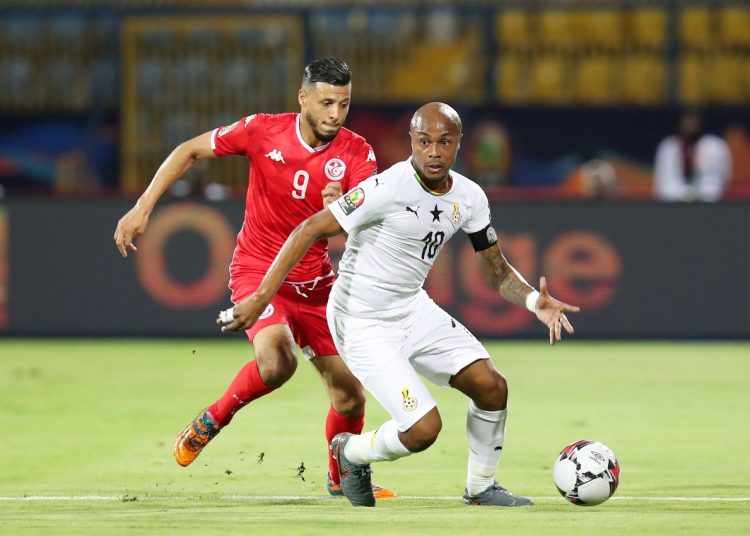 The Black Stars have been knocked out of the 2019 African Cup of Nations by Tunisia after a dramatic shootout which saw Caleb Ekuban’s penalty saved.

The match was decided on spot-kicks after it finished 1-1 after extra-time.

Tunisia took the lead after Taha Khenissi’s shot went in off the post but the Black Stars levelled in stoppage time as Rami Bedoui headed into his own net to force the match into extra time.

With neither side able to find a winner in the 30 minutes, the match went to penalties with Caleb Ekuban’s miss proving costly for the Black Stars.

Tunisia will now move on to face Madagascar in the quarterfinals.

An impressive first 20 minutes saw the Black Stars pin Tunisia in their own half and create a number of goal scoring opportunities.

Kasim Nuhu Adams came closes for the Stars early on as his header from a corner hit the upright. 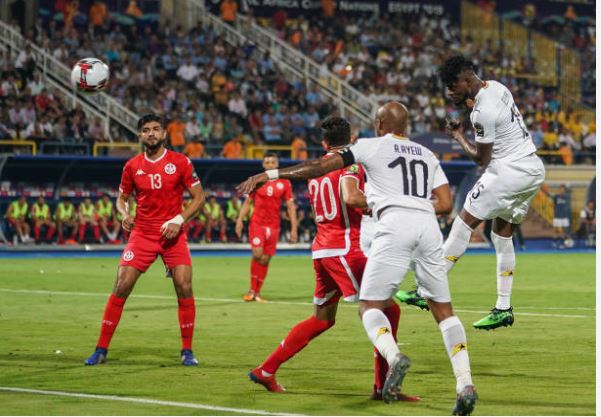 Andre Ayew’s follow-up was blocked but the referee had already whistled for a foul.

The Black Stars were in control at this stage with Thomas Partey, playing in a more advanced position central to their play. 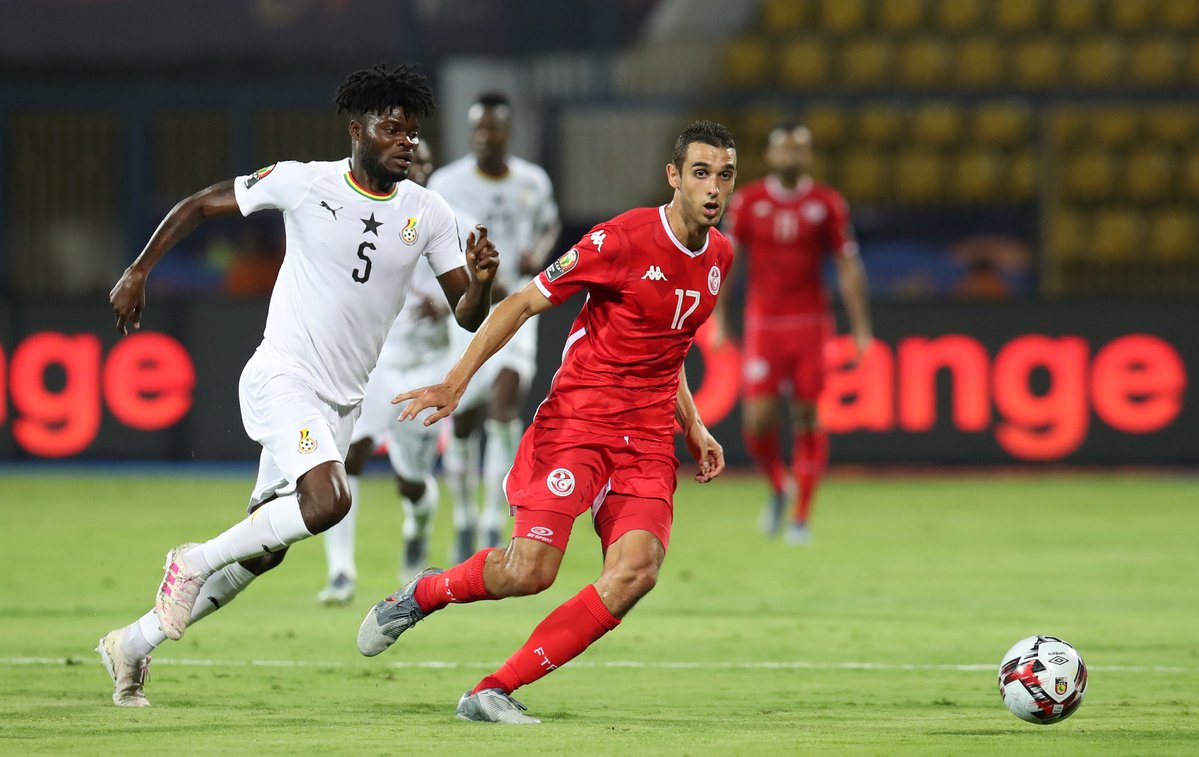 Afriyie-Acquah, starting for the first time at the AFCON let fly from 30 yards but his effort was tipped around the post by the Tunisian keeper.

The Tunisians’ first forays forward caused some discomfort for the Stars players but some impressive defending from Andy Yiadom, Kasim Nuhu and Thomas Partey prevented the Tunisians from taking the lead. 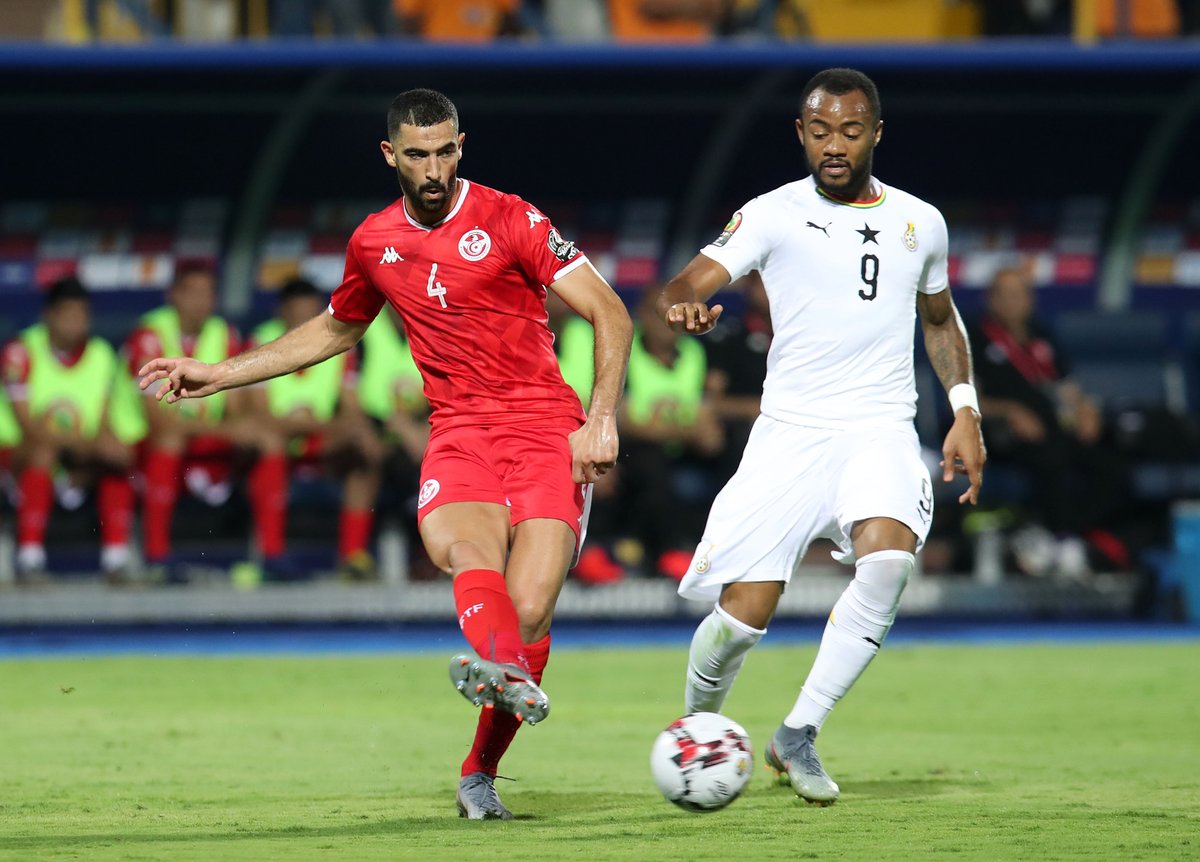 Down the other end, Thomas Partey was proving to be a nuisance as he latched on to Afriyie Acquah’s ball forward and fired over.

The Black Stars then thought they had broken through when Andre Ayew cleverly backheeled Jordan Ayew’s cross into the net but the referee ruled that the ball had come off the arm of Partey in the build-up. 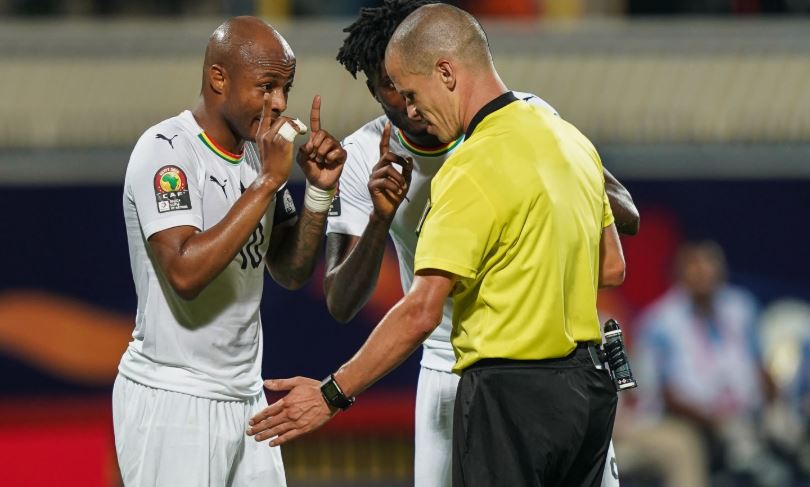 The referee waved away protests from Ayew and Partey as the teams went into the break level.

The Black Stars started the second period strongly as well but it was the Tunisians who created the clear-cut opportunities. 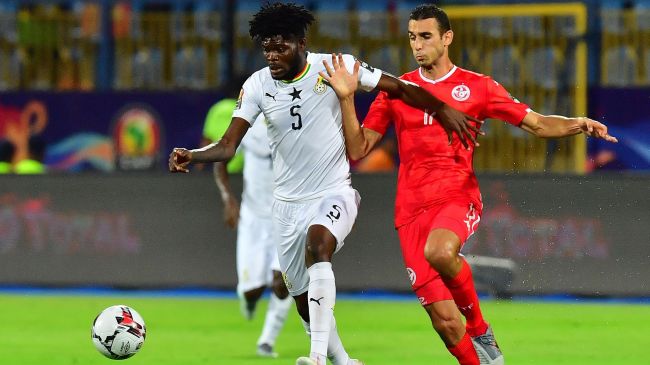 Wahib Khazri, on as a second-half sub, run free down the right-hand side, his cutback found Taha Khenissi but his shot was blocked by Kasim Nuhu.

Tunisia were definitely getting closer and almost scored again as Ellyes Skhiri headed against the crossbar.

The North Africans found their goal eventually as Khazri’s deft touch found Wajdi Kechrida on the right. His pull-back was slammed in off the post by Khenissi. 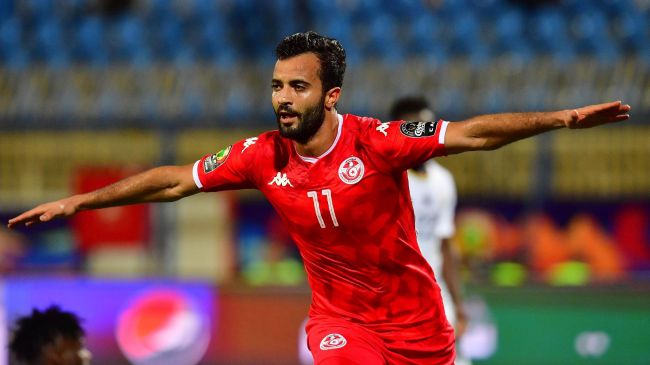 The goal sparked wild celebrations in the Tunisian end of the stadium as the Ghanaian players and fans put their heads in their hands in despair.

Kwesi Appiah brought on Caleb Ekuban and Asamoah Gyan for Afriyie Acquah and Andre Ayew as the Black Stars searched for an equaliser but it was Mubarak Wakaso who came close for the Black Stars as his long-range strike was tipped onto the post by the Tunisian keeper. 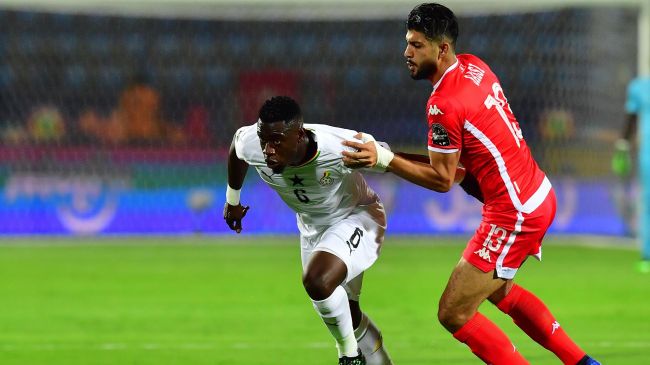 With the Black Stars seemingly heading out of the AFCON a freekick delivered into the box by Wakaso was headed past his own keeper by Rami Bedoui to take the game into extra time.

The Black Stars were quickest out of the blocks for extra time as Andy Yiadom forced Tunisian keeper Mouez Hassen into a decent save. 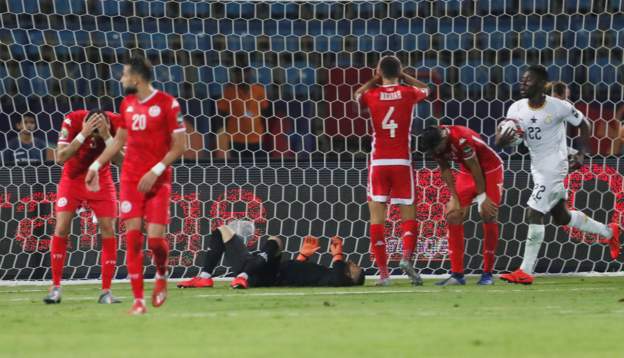 He then made a much more comfortable save diving to his right to grab a weak head from Asamoah Gyan.

The Black Stars were threatening but the Tunisian’s almost took the lead from Wahbi Khazri’s effort but Richard Ofori did well to tip it over.

Jordan Ayew could have won it in the second half of extra time for Ghana but his shot after Asamoah Gyan’s flick on flew just wide.

Substitute Kwabena Owusu was then set up by Jordan but his shot at the end of extra time but his shot was straight at the goalkeeper with the game heading into the penalty shoot-out.

After Tunisia had scored their first, Jordan Ayew stepped up and found the back of the net with ease.

Dylan Bronn fired home Tunisia’s next kick firing into the top corner but Lumor Agyenyenu responded by sending the keeper the wrong way.

Yassine Meriah then scored to make it 4-3.

Needing to score to keep Ghana in the competition, Thomas Partey found the top corner with his kick.

However, Tunisia went through and broke Ghanaian hearts as Sassi converted his side’s final penalty and sent the Black Stars packing.

Anicet: Madagascar ready for any opponent