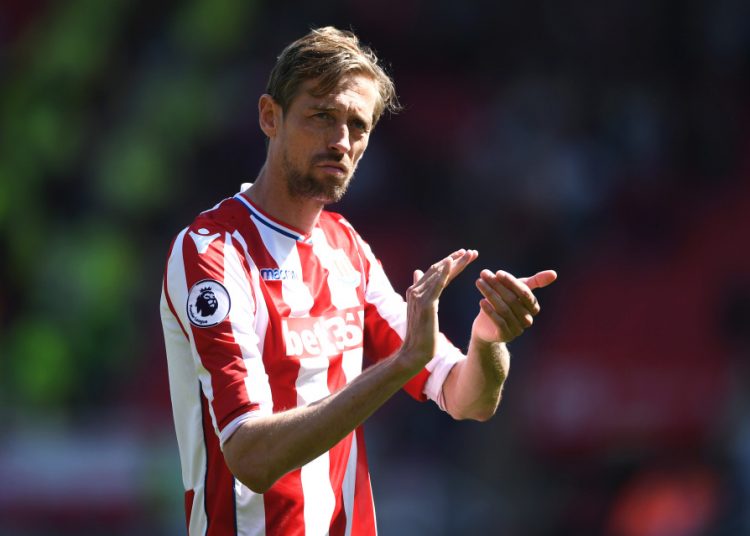 Former England striker Peter Crouch has ended his playing career aged 38 after more than 21 years as a professional.

The former Portsmouth, Aston Villa, Liverpool and Stoke striker was out of contract at Burnley in June.

Crouch played for a total of 11 clubs and earned 42 England caps.

“If you told me at 17 I’d play in World Cups, get to a Champions League final, win the FA Cup and get 100 Premier League goals, I would have avoided you at all costs,” Crouch wrote on Twitter.

“It’s been an absolute dream come true. Our wonderful game has given me everything. I’m so thankful to everyone who helped me get there and helped me stay there for so long.”

Crouch said his decision to retire arrived “after a lot of deliberation”.

Having started his professional career at Tottenham, he had spells on loan at Dulwich Hamlet and IFK Hassleholm before moving to Queens Park Rangers.

He scored 108 goals – a Premier League record of 53 with his head – in 468 top-flight appearances and won the FA Cup in 2005-06 with Liverpool and played in the Champions League final in 2007 as part of Rafael Benitez’s side.

Crouch admitted the prospect of retirement was “scary” and writing in the Daily Mail added: “To go from being a regular starter to someone whose role is limited to 10 or 15 minutes off the bench has been hard to accept.

“I will be 39 in January but I am physically fit and could have carried on. What I didn’t want to be was someone who was thrown on to have balls smashed up to them.”

The 6ft 7in striker, who scored 22 times for England, was as adept with his feet as with his head – a scenario he illustrated with eye-catching volleys for both Stoke and Liverpool.

In his book, Crouch writes openly about his early goal drought at Liverpool and points to a pub karaoke session with the club’s legendary defender Jamie Carragher as a turning point in his Anfield career.

His trademark ‘robot’ celebration gained him cult status and towards the end of his playing days the ‘That Peter Crouch Podcast’ has formed part of a successful media career.

On the podcast Crouch has discussed subjects ranging from footballers’ tattoos to the intricacies of transfers.

The success of the show has led him to host his own festival – ‘Crouchfest’ – where he was joined by iconic former Oasis singer Liam Gallagher on stage.

Crouch added in his Mail column: “Football has opened up avenues that I never thought were possible when I started scoring goals in the Hayes and District league as an Under-10. Football, simply, made my dreams come true.

“I think back to when I was 17. I was a trainee at Tottenham but there were 10 forwards blocking my route to the first team. They loaned me out to Dulwich Hamlet then IFK Hassleholm in Sweden. Let’s be honest – you would not have taken odds on me making it then.

“Collecting shirts was never something that interested me but I collected memories and have stories that I will be able to tell my children’s children. This former footballer had the time of his life. It’s time to write the next chapters.”