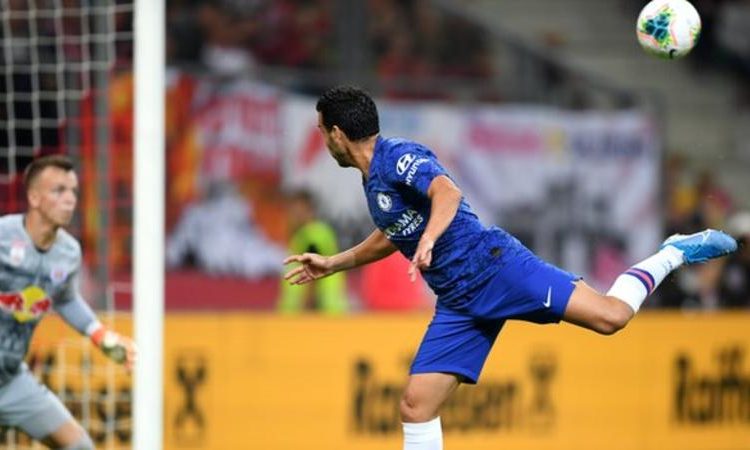 The £58 million American struck for the Blues twice in the first half, first slotting home from a Pedro pass before he latched on to a brilliant long ball from Ross Barkley and dinked over the keeper.

In between those strikes he was brought down in the box for a spot-kick which was converted by Barkley, as Chelsea went into the break three goals up.

RB Salzburg pulled one back five minutes after halftime through Jerome Onuguene but Chelsea restored their three-goal advantage seven minutes later through a superb scorpion kick by Pedro.

Takumi Minamino scored with five minutes to play but the hosts were pegged back again as Michy Batshuayi scored for Chelsea.

Minamino then pounced on a defensive error by the Europa League winners and fired home with the last kick of the game.

Chelsea have now secured three wins in a row, the first two against Barcelona and Reading, and cap off their preseason campaign with a game against Borussia Monchengladbach on Saturday.

Frank Lampard’s side begin their Premier League campaign on August 11 with a huge encounter at Manchester United.