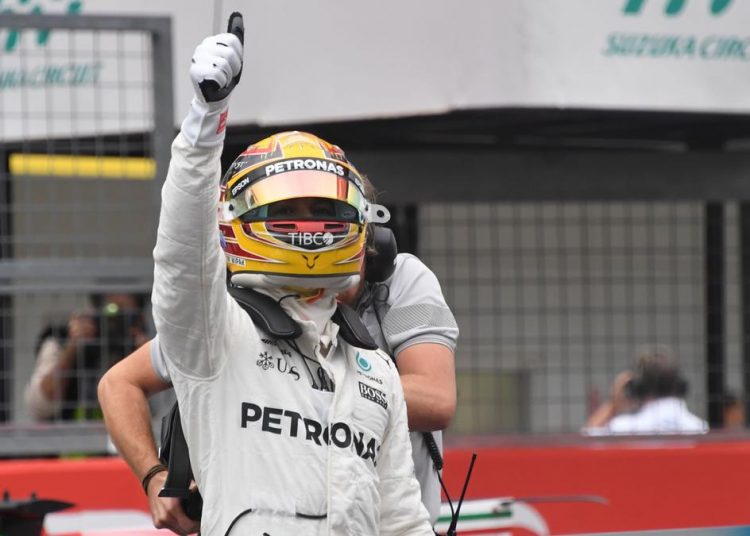 Formula One driver, Lewis Hamilton, has taken to his Instagram to express gratitude to a group of Formula One fans caught on video, wildly celebrating his victory at the Hungarian Grand Prix on Sunday.

The video was captured and posted to Twitter by Kwabena Poku, convenor of the Formula One Watch Party in Ghana, who gathered at the DStv showroom, Accra, to take in the race.

I woke up this morning to this video and it brought tears to my eyes. I honestly never knew I had fans like this in Ghana but I am so grateful. The love is so appreciated and I’m sending you love right back. Thank you #teamlhghana for supporting me and being with me on this journey. One love and blessings to you all. #medaase #ghana #teamlh #grateful

As Hamilton overtook Max Verstappen towards the end of an engrossing race in Budapest, Hamilton fans jumped about in excitement, hugging each other while passing comments like “that’s what you call a driver!”

This is why we go racing ❤️

Hamilton though, took to Instagram on Tuesday to share the video and express his shock at the support base in Ghana, saying he was humbled by the video and ended his post with “Medaase”, Twi for “Thank you”.

The win in Hungary puts 5 time champion, Hamilton, 62 points ahead in the championship with nine races to go – and a maximum of 234 points available.