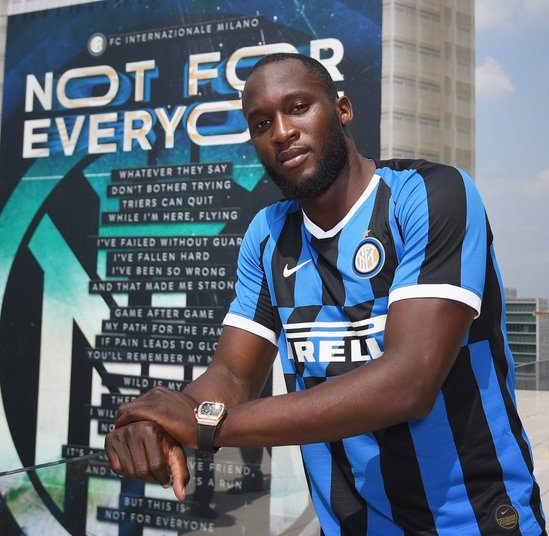 The Italian club, Inter Milan have reached an agreement with Manchester United to bring in Romelu Lukaku.

The Nerazzurri has been on the pursuit for the services of the big Belgian striker all summer and has finally bought the player from the Red Devils.

The 26-year-old was fined for missing training sessions on Tuesday as he forced for the move to the Italian giants.

Belgium international Lukaku, 26, has trained at his former team Anderlecht for the past two days.

Lukaku’s agent, Federico Pastorello, flew to London on Wednesday in an attempt to resolve Lukaku’s future.

A picture of the duo later surfaced the internet with the caption “Ready to take off. Direction Milano” as Pastorello posted the image of them in a private jet.

United however in July rejected a bid of £54 million for the centre-forward.

The English club has been keen on recouping the money they spent on the striker when he joined from Everton, two years ago for £75 million.

Inter Milan was in contention for the Belgians signature with Serie A rivals, Juventus although he did not take part in United’s pre-season matches.

Lukaku moved to United from Everton in 2017 and at the time was only the fourth player to score 80 goals in the Premier League before turning 24 – after Michael Owen, Robbie Fowler and Wayne Rooney.

He has scored 42 goals in 96 appearances for United.