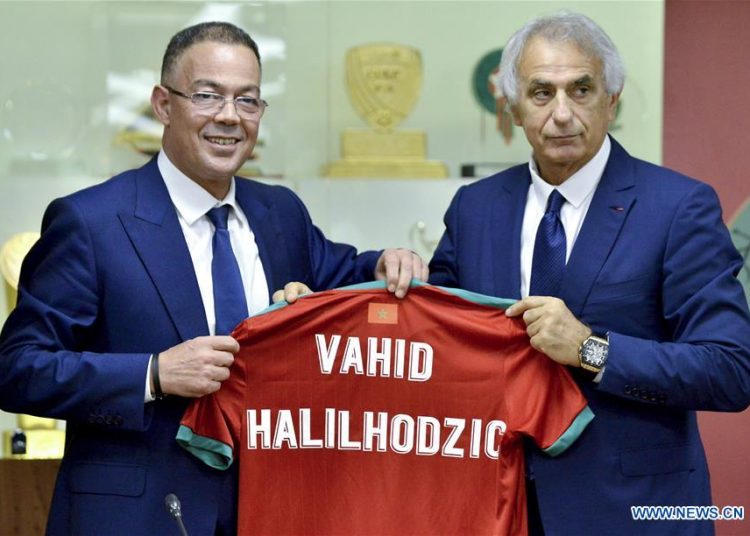 Former Algeria, Ivory Coast, and Japan coach Vahid Halilhodzic have taken over as the new boss of Morocco.

The Bosnian, who left French side FC Nantes earlier this month, has been given a three-year contract.

Morocco’s Football Federation said his targets included taking Morocco to the World Cup in 2022 and the semi-finals of the 2021 Africa Cup of Nations.

He replaces Herve Renard, who left after three years, having taken the team to Russia 2018.

Morocco had a disappointing Africa Cup of Nations in 2019, going out in the last-16, but their global ranking under Renard improved from 81 to 41.

Halilhodzic has a huge international experience.

“It’s the fourth time that I will try to take a team to a World Cup,” the coach said at the news conference announcing his arrival.

He led Algeria to the last 16 of the competition in Brazil in 2014, where they lost only on penalties to the eventual champions Germany in the last 16.

Ivory Coast, for 2010, and Japan, for 2018, both qualified for the global showpiece under his charge – but he lost the jobs before the finals took place.

Halilhodzic also has previous experience of working on Morocco, having taken Raja Casablanca to the African Champions League crown in 1997.