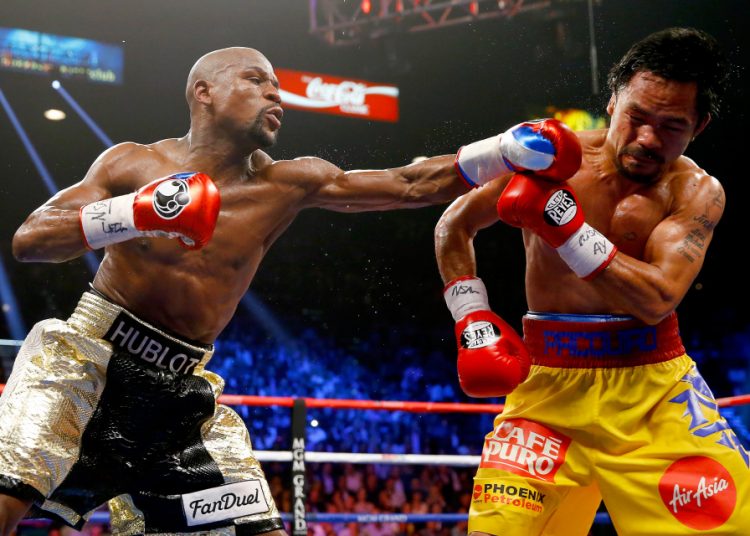 American boxer, Floyd Mayweather has played down rumours of a potential rematch with Manny Pacquiao in Saudi Arabia.

The retired 50-0 boxing legend was seen talking up the fight in a video that circulated on social media over the weekend.

In the clip, Mayweather appears to be addressing potential Saudi business partners and says:

“I wanna say thank you.

“It’s an honour to come to Saudi Arabia to sit down with you guys to talk about the Mayweather vs Pacquiao rematch.

However, he’s now revealed this is in fact an old video.

BREAKING NEWS: #MayPac2 is on!!! The fight will be held in Saudi Arabia!!!

“The video that y’all been seeing is false because I went to Saudi Arabia. I went there a long time ago.

“I talked to them about me fighting there, just different fights, but they wanted me to specifically say Manny Pacquiao.

“Basically, that’s an old video. At the end of the day, there’s no talks about me and Manny Pacquiao fighting a rematch.

“Even if we did fight, all they’re going to do is have an excuse, just like the first time.

“But as far as me and Manny Pacquiao, as of right now, it will never be a rematch.”

This is not the first time we’ve seen short-lived speculation of a Mayweather vs Pacquiao rematch.

Just last year, Mayweather told the world he was planning to rematch Pacquiao when the pair met at an event in Tokyo.

This soon fell apart, and he ended up knocking out Tenshin Nasukawa in a bizarre exhibition bout instead.

In the meantime, Pacquiao has continued his career with two impressive wins over Adrien Broner and Keith Thurman.

#Donkomi: Bayern Munich has signed Coutinho from Barcelona on a season-long loan