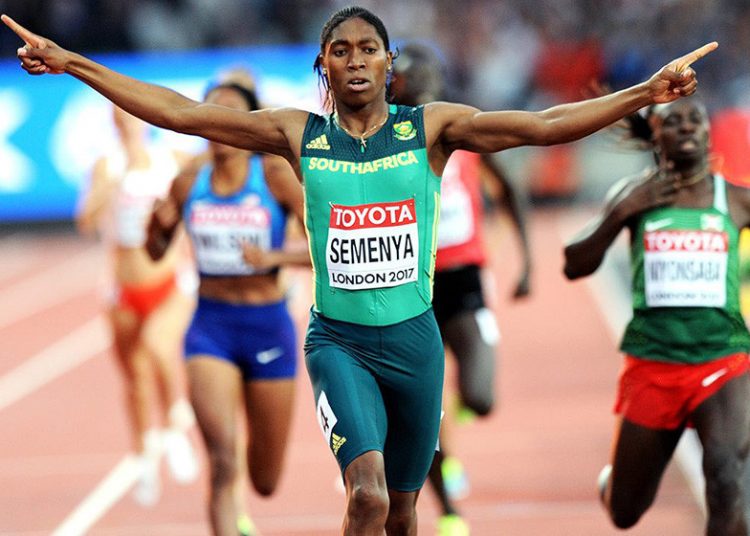 Growing as a child, Olympic champion Caster Semenya at some stage had to walk into a change room naked just to prove that she was a girl as her teammates struggled to compete with her.

Speaking at the Standard Bank Top Women Conference held at Emperors Palace in Kempton Park on the East Rand, Semenya said her humbled beginnings made her the tough woman she had become.

She said she grew up around boys and had to walk seven miles every single day – the reason she is fast.

“I was always in the bush [training]. Bullies for me never existed because how I responded to them, was way rough. I was one of those young [ladies] that had no fear. I had goals. I knew that everything I touched would turn to gold,” she said.

With a mother who played netball and a father who was a soccer player, being in sport was a foregone conclusion. Semenya started playing soccer at the age of four and she was described as a “diski queen”.

“My dad thought I was going to be with Banyana Banyana but I disappointed him because I had to sell my soccer boots for spikes instead.

He was quite surprised. Running is my destiny. When I’m on track, I forget about everything,” she said.

Semenya said she had always had to compete with older children when running as those her age could simply not match her talent. To run even faster, Semenya then trained in the sand so that she could not be matched on tracks.

“I think my parents raised me well. They have never questioned what I do, my feelings, how I see life. They accepted me for who I am.

They could see that this one was a little bit different. I did not like being in the kitchen but being in the garden.

I just wanted to give you background why I am tough, why am I fearless, why I do not care about what other people think about me,” said Semenya.

She, however, continued to play soccer at school and her skills were so good that some did not believe she was a girl.

“They started questioning, are you really a girl? One day, I walked naked in the changing room [to prove to them],” Semenya said.