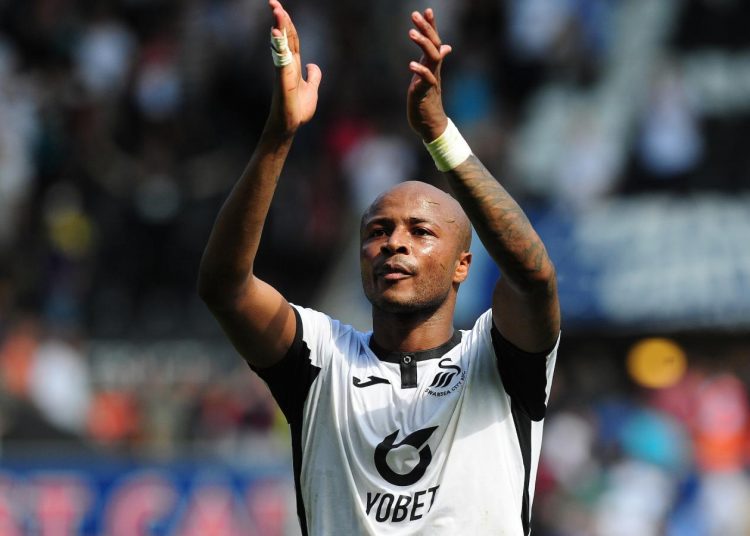 Andre Ayew has committed himself to Swansea City ahead of tomorrow’s unpredictable European transfer deadline.

Ayew moved to quell rumours of a late departure from the Liberty Stadium by declaring: “I want to stay.”

It’s a huge boost for the Swans with Steve Cooper’s side top of the Championship after Saturday’s tremendous 1-0 win over promotion favourites Leeds United at Elland Road.

The Ghana international had been linked with a number of European clubs over the last two weeks. But despite options and offers falling at his talented feet, the versatile forward has opted to stay in southwest Wales. 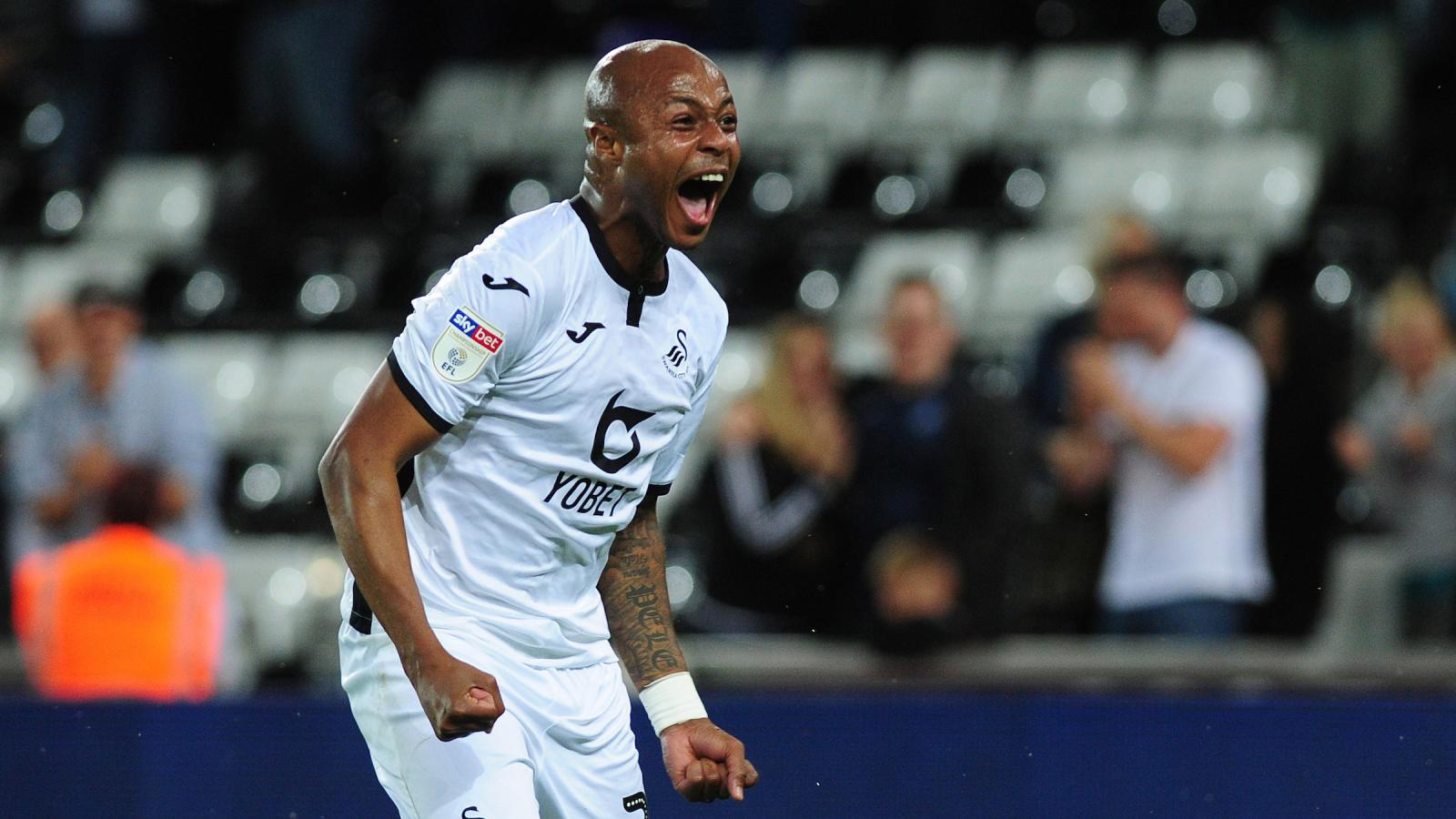 “I’ll be honest and say I have had a number of offers from some major clubs abroad,’’ explained Ayew. “The club was aware of the options but made it clear they wanted me to stay.

“I’m really enjoying my football at Swansea and I’d like nothing more than to stay part of this squad.

“Everyone at the club has welcomed me back with open arms from my loan spell at Fenerbahce and I really believe in what the head coach (Steve Cooper) and the club are trying to achieve.

“The players want me around and I like the boss’s ideas and plans. I think that shows with the excellent start we’ve made to the season. We are top of the league and I want to try and help the squad stay there.

“The fans have also been amazing with the reception they have given me and I’m really looking forward to repaying the faith they have shown in me.

“I feel at home here and sometimes you have to go with what your heart is telling you. I believe we can achieve great things. I’m ready to continue and go for it.’’ 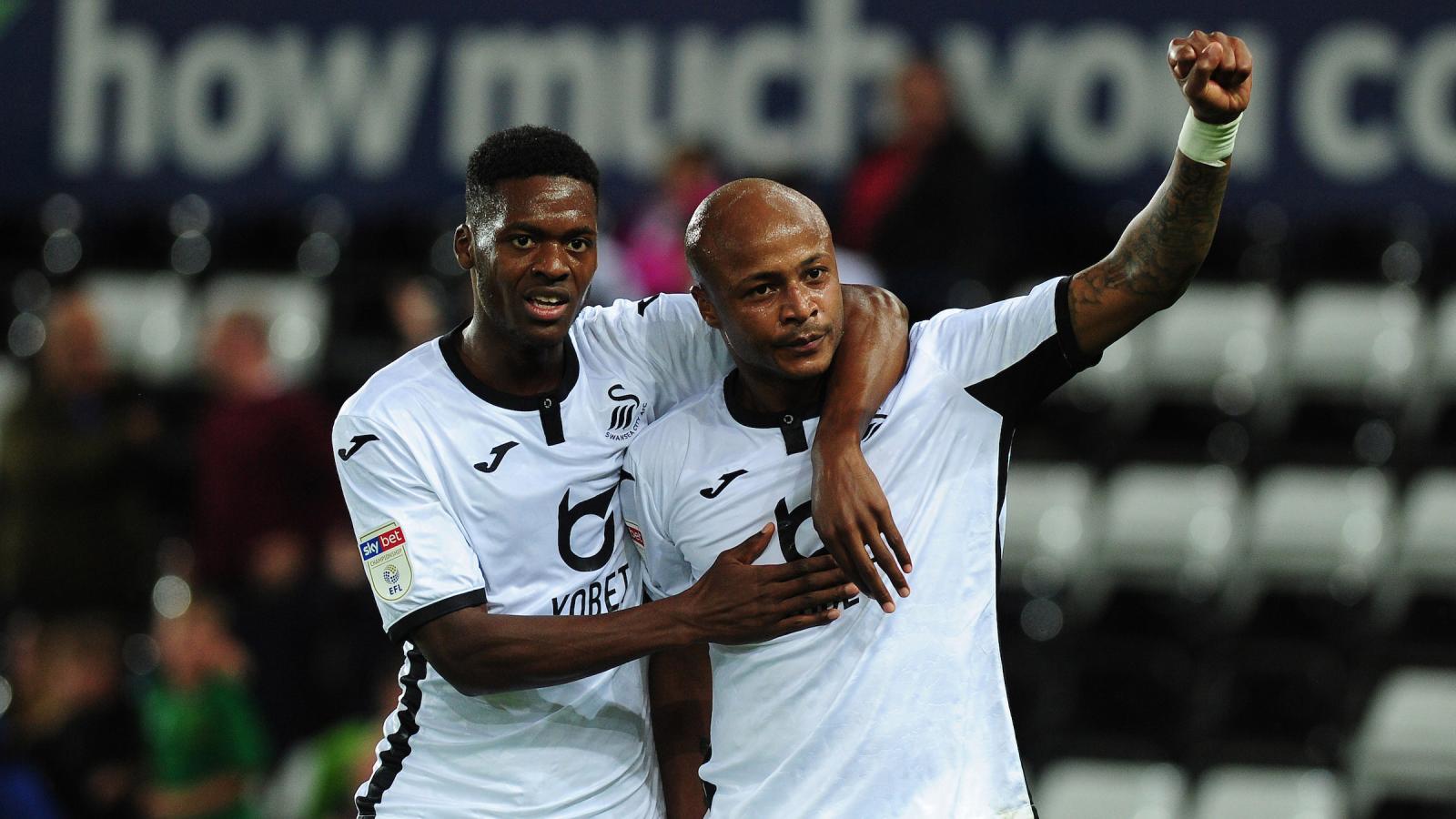 The Swans first signed Ayew, brother of former Swans striker Jordan, from Marseille in the summer of 2015 on a free transfer.

Ayew’s contribution of 12 Premier League goals in 35 appearances persuaded West Ham to spend £20.5m to take him to East London in August 2016.

He headed back to the Liberty in January 2018 having scored 12 goals in 50 West Ham appearances, 31 of which were starts, on a three-and-a-half-year contract.

Ayew played a further 12 times for the Swans before spending the 2018-19 season on loan at Turkish side Fenerbahce.