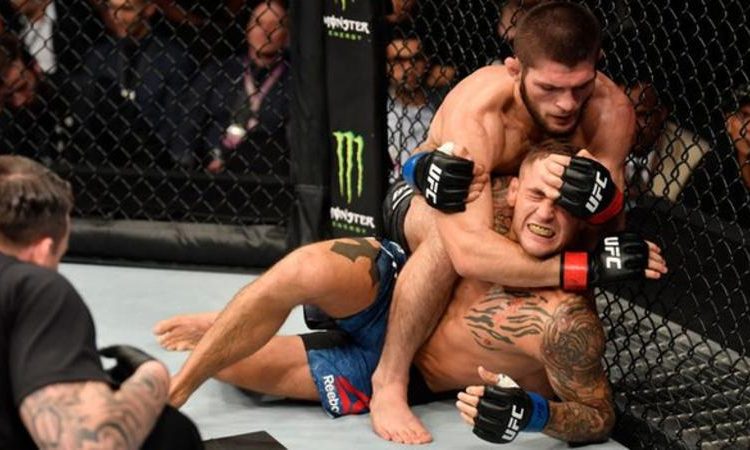 Khabib was in control of the fight from the first round and eventually submitted Poirier in the third (Image credit: Getty Images)

Nurmagomedov, 30, submitted America’s Poirier in the third round on Saturday to make it 28 wins from 28 fights.

The Russian outwrestled Poirier over the first two rounds before securing a rear naked choke to cement his status as the UFC’s number one 155lb fighter.

Numagomedov defeated Conor McGregor via submission at UFC 229 in 2018.