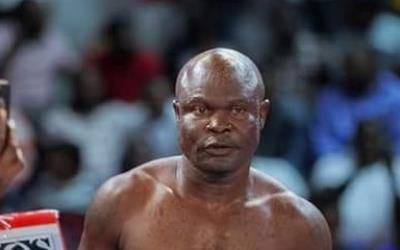 Braimah Kamoko aka Bukom Banku says that he would have had to face massive embarrassment had he failed to win against Ferenc Albert of Hungary on Saturday.

Kamoko scored a 3rd round knockout in the cruiser weight clash which took place in Bradford in the United Kingdom.

After the bout, he said in an interview with Asempa FM’s Eric Worlanyo Wallace that the thought of facing massive ridicule in Ghana was enough motivation to get things right in the ring.

“It was a good bout and by the Grace of God, I stopped my opponent in round 3. It was a my first bout outside Ghana and I got the victory.

I had trained very hard for the bout and losing the bout would have been a disgrace to me.”

Kamoko stated the he would head to Germany and the United States where he would seek opportunities to fight for a world title.