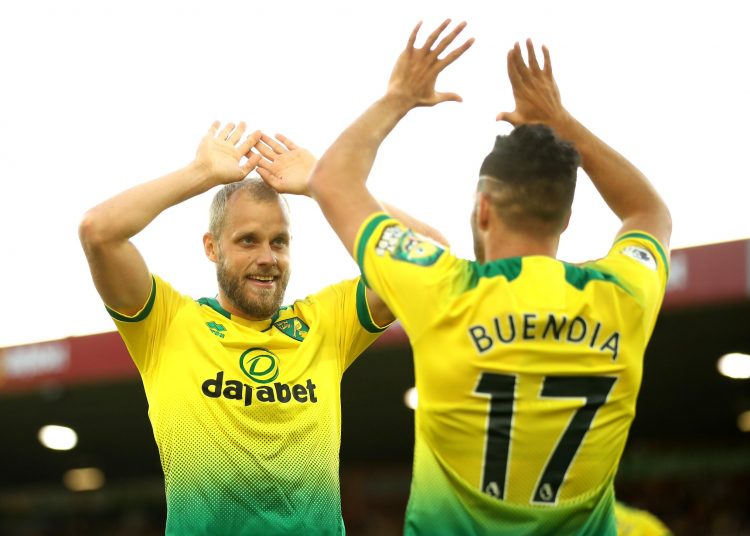 An injury-stricken Norwich defied the odds to pull off a remarkable 3-2 victory over Manchester City in a five-goal thriller at Carrow Road.

Kenny McClean, who was one of several players to fill in the Canaries’ line-up, gave the hosts the lead with a thunderous header following Emiliano Buendia’s corner.

Todd Cantwell doubled Norwich’s lead after side-footing home into an empty net after being played in by Teemu Pukki.

Moments before half-time Sergio Aguero pulled one back for City with a neat header into the corner, but his hard work was undone shortly after the break when Nicolas Otamendi was caught in possession in his own area and Pukki was on hand to fire home for his fifth of the campaign.

Despite Rodri’s late strike, City could not find that last goal and the Premier League champions were powerless to prevent their first defeat of the season.