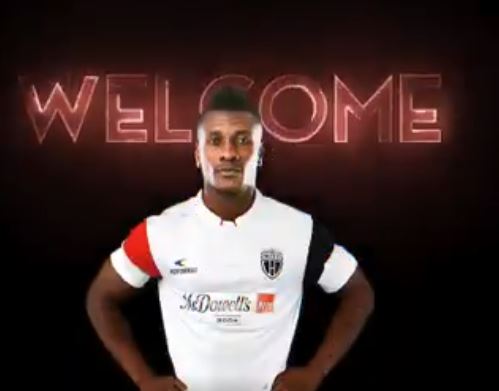 Gyan, 35, became a free agent after his contract with Turkish team, Kayserispor, ended in June.

The club took to its official twitter handle to announce the deal to their over 400,000 followers on the social networking site.

“I am extremely excited to start this new chapter in my career. I have heard great things about NorthEast United FC and the Indian Super League and I am thrilled to be a part of it for the upcoming season. I am confident that we can better the wonderful season the club had last year.”

“We are thrilled to have a player of Gyan’s calibre and experience join our squad. He has continuously delivered excellence at the highest of levels of world football and we are confident that he will add a lot of firepower on the pitch here.”