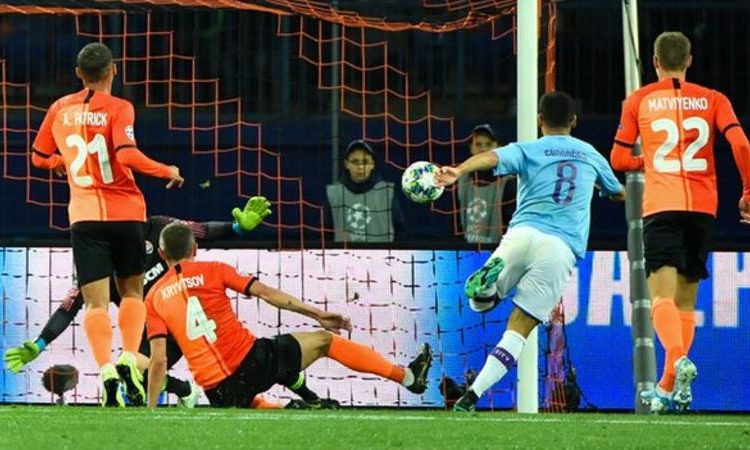 Manchester City bounced back from their shock Premier League defeat at Norwich by launching their Champions League campaign in style with a deserved victory at Shakhtar Donetsk.

Humbled at Carrow Road on Saturday evening, the English champions were imperious in Ukraine against an initially tenacious, but ultimately inferior, opponent.

Riyad Mahrez opened the scoring midway through the first half, firing into a largely empty net after Ilkay Gundogan’s curling shot came back off the post.

Mahrez then turned provider for the onrushing German to toe-poke the ball past the helpless Andriy Pyatov and give the visitors a firm grip on the game – a grip they did not relinquish.

After spurning a number of good opportunities, including an untypically forgiving close-range effort from Raheem Sterling that struck the post, Gabriel Jesus gave the one-sided game a more fitting scoreline with a neat finish after Kevin de Bruyne’s pass.

Only Dinamo Zagreb’s 4-0 hammering of Italian side Atalanta in Croatia prevents Pep Guardiola’s side topping the group.