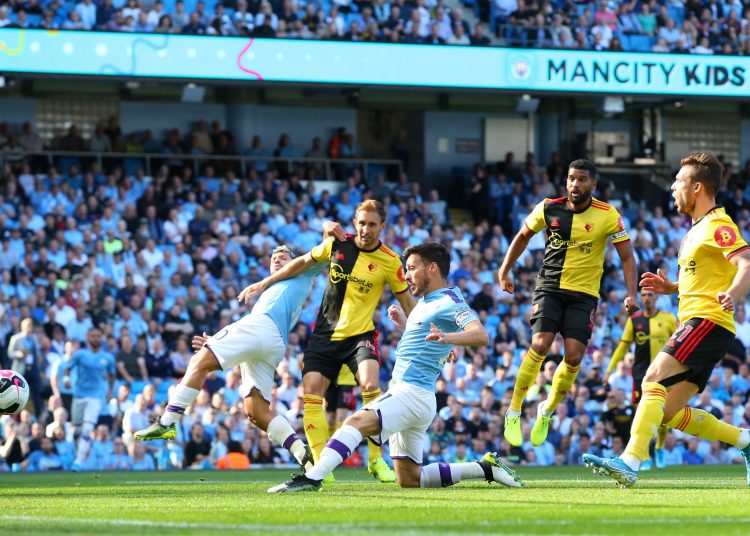 Manchester City put in the headline performance of Saturday’s Premier League action with a stunning 8-0 defeat of a truly woeful Watford side.

Quique Sanchez Flores’ hapless Hornets were 1-0 down inside the opening minute and five goals behind within the first 20 minutes as City set a Premier League record for being the fastest team to ever take a 5-0 lead.

They added three more after the break with Bernardo Silva completing his hat-trick to go with goals from David Silva, Sergio Aguero, Riyad Mahrez, Nicolas Otamendi and Kevin De Bruyne.

Watford, still without a win after six games, remain bottom of the Premier League table with only two points and a shocking goal difference of -18.

The win moves City back into second, ahead of Leicester who had beaten Tottenham earlier in the day to rise closest to league leaders Liverpool.

Elsewhere, Everton’s set-piece defending cost them again as they lost to Sheffield United.

Yerry Mina put the ball into his own net from a Blades corner before Lys Mousset secured Chris Wilder’s side all three points 11 minutes from time.

There was also a win for Burnley, who beat Norwich at Turf Moor thanks to a first-half brace from Chris Wood.