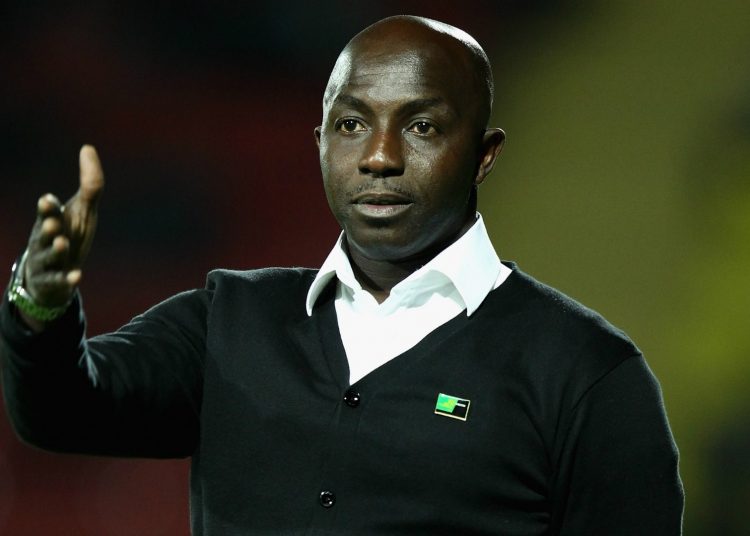 Former Nigeria coach and player Samson Siasia says he is still in the dark as to the whereabouts of his abducted mother.

Ogere Siasia, 76, and two others have been held captive since they were seized in Bayelsa, southern Nigeria ten weeks ago.

But Siasia says the police are no closer to finding her.

“The police said it’s been difficult to track these kidnappers, but my great concern is that my mother is very sick,” Siasia told BBC Sport.

“For someone who is unwell to be held against her will is not only callous but heartbreaking and sad.

“So I can only keep appealing to these guys to please let my mother go. I would like for the government or whoever is capable to help me bring my mother back.”

It’s the second time in four years that Mrs. Siasia has been kidnapped after she was held by gunmen for 12 days, before her release back in November 2015.

Siasia, who played over 50 times for his country while scoring 16 goals, has had little contact with his mother, but believe she is unwell.

Although the Bayelsa state police said they are currently trying to rescue her unharmed, the former Nantes and Lokeren striker says he is a broken man who needs the support of a nation he served.

“What more can I do but plead for assistance from the government, police and my country that I served as a player and coach,” he said.

“My mother is seriously sick and this bothers me a lot. I don’t know where or who to turn to at this point.

“I’ve not had a job for three years, battling with a Fifa ban appeal and to have my sick mother in the hands of kidnappers, I just feel extremely tired.”

A former international, Siasia won the 1994 Africa Cup of Nations with Nigeria and played in their maiden World Cup appearance later that same year.

He also guided the U20s to a runners-up finish at the 2005 World Youth Championships (as it was known at the time) in the Netherlands.

Siasia is the most decorated African football coach at the Olympics, winning silver at the Beijing Games in 2008 and bronze at the 2016 Games in Rio.