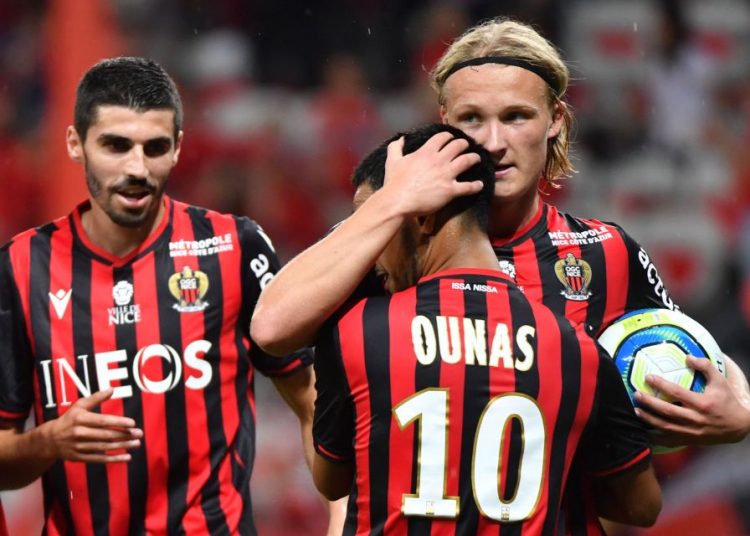 Nice forward Kasper Dolberg’s €70,000 watch has reportedly been stolen and the prime suspect is a club team-mate of his, according to reports.

The Denmark international’s timepiece disappeared from the club’s dressing room on September 16.

Dolberg, 21, who joined the French club from Ajax for £18million this summer, has still not recovered the watch in what is deeply embarrassing news for Nice.

And well-respected French publication L’Equipe report that 18-year-old forward Lamine Diaby is suspected to have stolen it.

Diaby, who has played for France at U16, U17 and U18 levels, is now the subject of a disciplinary procedure.

He has been ordered to appear at a hearing and if he’s found guilty then he runs the risk of having his Nice contract terminated.

The youngster has been with Les Aiglons since he was 13 and although he’s not made an appearance for the club this season, he’s viewed as one of their most promising strikers in recent times.

He returned to training at the beginning of September after suffering a right ankle tear in April.

Diaby made his debut aged just 16 and is part of a group of promising youngsters to be at Nice, of which Dolberg is another.

Nice are now owned by Britain’s richest man Sir Jim Ratcliffe after he took over the club in August.