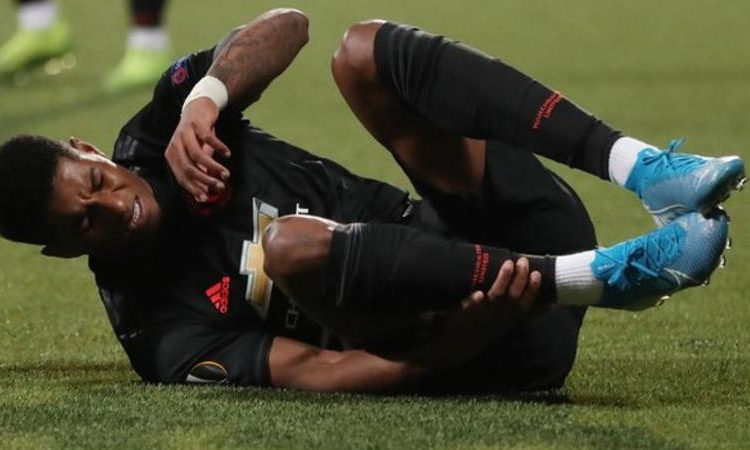 "It's a penalty 101 times out of 100," said Solskjaer after Marcus Rashford was fouled (Image credit: Rex Features)

Manchester United put in a “good performance” and were denied a “nailed-on penalty” in their Europa League draw with AZ Alkmaar, says boss Ole Gunnar Solskjaer.

United failed to have a single shot on target in an uninspired showing and have now failed to win in their past 10 away games.

But Solskjaer saw the game positively and focused on a penalty he felt his side should have had when Stijn Wuytens brought down Marcus Rashford with 10 minutes to go. The referee did not award it and the video assistant referee system is not in use in the Europa League group stage.

“I’m very happy with the boys,” said Solskjaer. “It should have been three points.”

He said “you can’t even discuss” the penalty decision because it was so blatant and added they should have had a spot-kick during Monday’s 1-1 draw against Arsenal for a Sead Kolasinac handball.

“I couldn’t believe what I saw, same as Arsenal with the handball,” he said.

“It’s frustrating getting these little things. The boys deserve so much more. It’s going to turn at one point and we’ll get the decisions and then they’ll get the results we deserve.”

Solskjaer had earlier criticised the plastic pitch as one of the “worst ones I have seen for a long while”.

“This is a good performance and a good point against a good opponent on a bad surface,” he said after the game.

But it would be hard to blame the surface for United’s failure to test the goalkeeper once, with Jesse Lingard hitting their best chance wide late on.

AZ had the better chances, with striker Myron Boadu having a first-half goal correctly ruled out for offside.

Substitute Lingard walked off with a hamstring injury late on, leaving United to end with 10 men – and Solskjaer expects him to miss Sunday’s Premier League game against Newcastle.

United have not won in their past four games in all competitions, excluding a penalty shootout victory against Rochdale.

They are level with Partizan Belgrade on four points at the top of the group. The Serbian side won 2-1 in Astana thanks to a double from Umar Sadiq earlier on Thursday.