Raphael Dwamena ruled out for a spell for health reasons 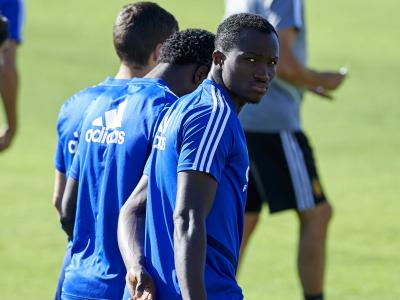 Ghana forward, Raphael Dwamena, will undergo medical examinations at his club, Real Zaragoza, to find the cause of an specified health challenge.

The club announced on Wednesday that the issue popped up during a routine health check done for players at the club.

Zaragoza states on their website that Dwamena will go for more tests to see what the exact issue is.

The statement also said Zaragoza was confident that Dwamena would soon recover and return to training.

Even though the particular health challenge is not stated by the club, some reports believe that the issue could be heart-related and the basis of such reports will be the player’s health records.

In 2017, a move to Brighton for Dwamena fell through due to a failed medical.

The forward, who is on loan from Levante, has featured prominently for Zaragoza in the Segunda this season.

He has made 9 appearances this season and has two goals to his name.