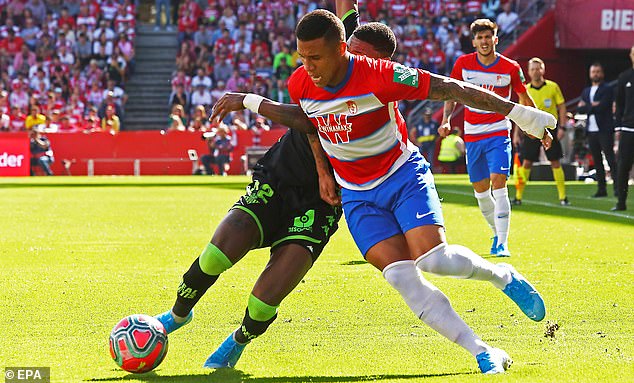 Granada went to the top of La Liga with victory over Real Betis.

The Andalusian club, who were promoted from the second tier in the summer, took advantage of El Clasico being postponed to move up from sixth to top with 20 points from 10 games.

Granada are one point above Barcelona, Real Sociedad – who beat Celta Vigo 1-0 on Sunday – and Atletico Madrid.

Champions Barcelona could go back to the top on Tuesday if they beat Real Valladolid, with a full set of La Liga fixtures during the week.

Granada have never won a major trophy in their 86-year history, going closest when they lost the 1958-59 Spanish Cup final to Barcelona. Their highest La Liga finish is sixth, on two occasions in the 1970s.