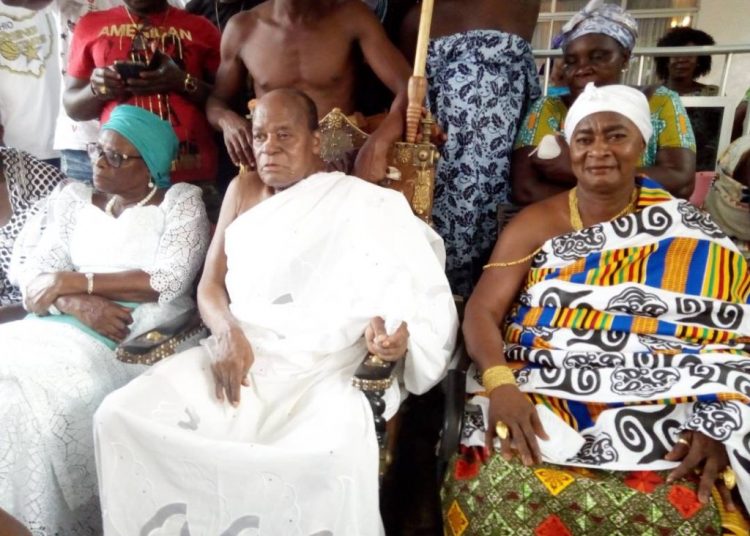 The Omanhene of the Agogo Traditional Area and patron of Accra Great Olympics, Nana Akuoko Sarpong, says he is very excited to see the club back in the top division of Ghana football.

Olympics together with King Faisal were given places in next season’s Ghana Premier League after a decision was taken at the Ghana FA’s Elective Congress on October 25 in Accra.

The decision was to re-instate the two teams after several petitions from them saying that they had been relegated from the elite division unfairly.

Speaking to Citi Sports on Monday, Nana Akuoko Sarpong expressed his joy at seeing Olympics back in the league and he also recounted his long-standing association with the club.

“When I heard the news, I called my brother, H.E. Amarkai Amarteifio, to congratulate him on our successful re-entry into the league.

My association with the club goes way back to 1954 when I came to Accra Academy. At the time, Great Olympics, had broken away from Standfast to start a new club. I have gone to become chairman of the club on three separate occassions.”

Nana Akuoko Sarpong went to give his opinion of how the team could ensure success in the coming league campaign. He stated that Olympics would have to recruit players who would be loyal to the team’s cause and also urged the fans to back the team at all times.

For the fans, I want them to support the team wholeheartedly. I want them to back the team with their money too and not only leave contributions to the team’s management. The supporters are the real owners and the players must play to satisfy them. What the fans should do in return is to show a lot of love to the team.”

Great Olympics will get a good idea of how their Ghana Premier League season will play out when the fixtures for the season are announced by the Ghana FA in coming days.

The NC has proposed November 3 for the start of the 2019/2020 Ghana Premier League season.