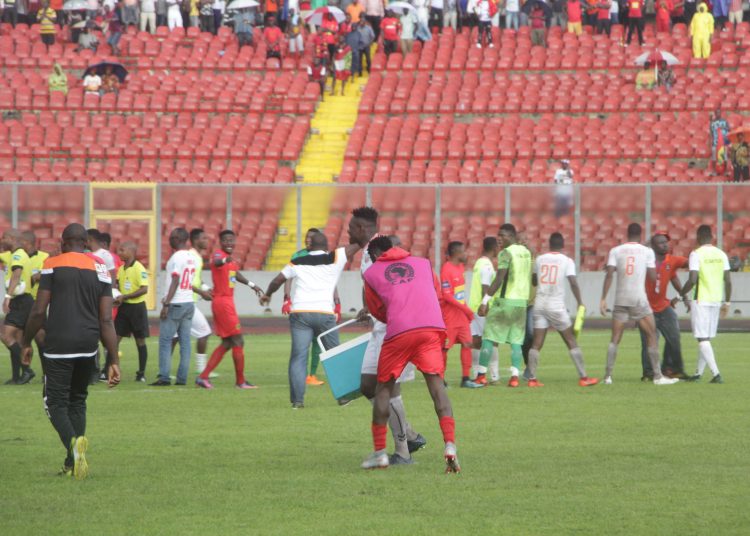 With the game having been postponed from Sunday after a waterlogged pitch forced the referee call it off, Kotoko were made to wait until the last minute to find a breakthrough.

The first half of the match, which was played on Sunday ended goalless with the second half set to finish that way as well until the referee adjudged that Kotoko’s Sogne Yacouba was brought down in the box in injury time. 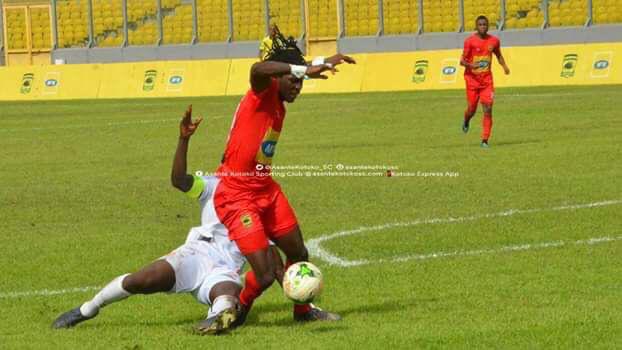 The controversial decision did not go down well with the away players but Naby Keita kept his composure in the 95th minute to fire home.

A scuffle ensued as Naby Keita grabbed the ball and tried to run off with the away side’s keeper chasing him down.

A number of the other players and the referee got involved but Kotoko eventually held on for the crucial win.