Balotelli suffers racist abuse; scores after being convinced not to walk off [VIDEO] 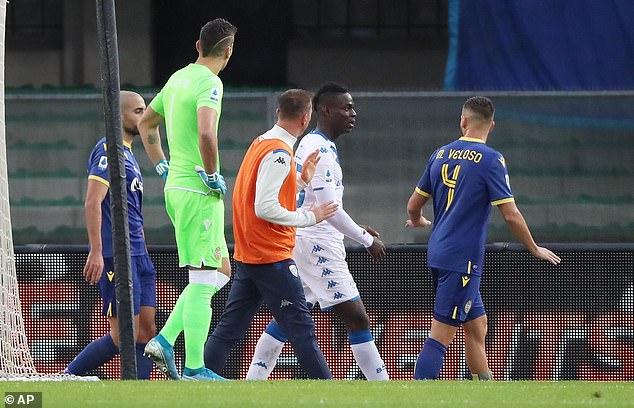 Italy international, Mario Balotelli, suffered racist abuse over the weekend as his side Brescia lost 2-1 to Verona in the Serie A.

The forward kicked a ball into the crowd and almost walked off the pitch but he was eventually convinced to complete the game by his teammates.

He responded by scoring Brescia’s only goal of the game late on. 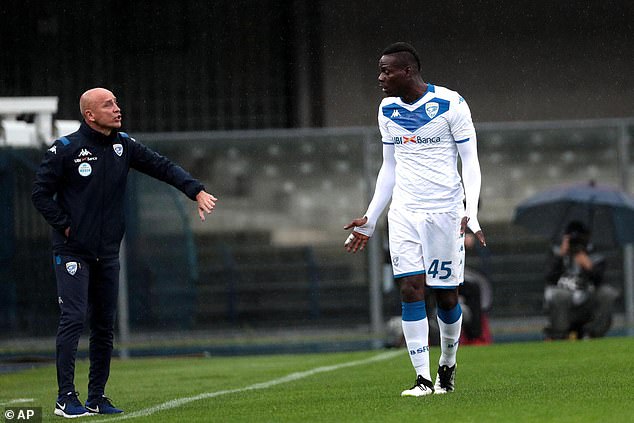 After the game, Balotelli thanked his teammates and fans who supported him and aimed a slight jab at Italian football authorities for their failure to clamp down on racism.

“Thanks to all the colleagues on and off the field for the solidarity expressed toward me and all of the messages received from you fans. A heartfelt thanks. You’ve shown yourself to be real men, not like those who deny the evidence.”

Balotelli posted a video of some Verona fans making monkey chants, stating that they should be ashamed of themselves. 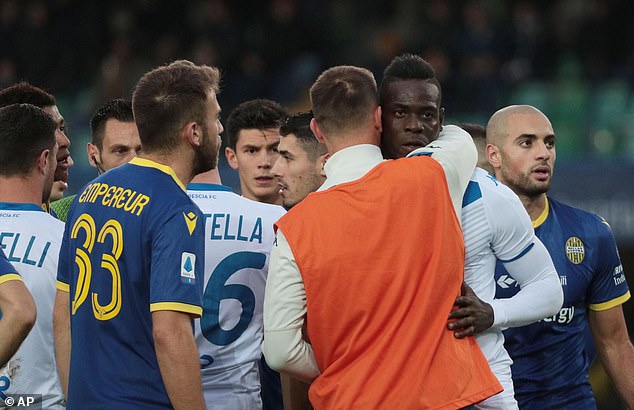 Mario Balotelli responded to the racist chants by kicking the ball into the stands.

His teammates and match officials convinced the striker to remain on the pitch. pic.twitter.com/vvzuY7oBHZ

“Football is made to unite, we must all work together to ensure there are no more displays of intolerance of any kind.”

However Verona coach Ivan Juric said after the game that there was no racist abuse against Balotelli.

“On the reason of the reaction you have to ask him. When there is racism, I will have no problem saying so because it sucks, even if it comes from my fans. But today I heard nothing. We don’t create a case where there isn’t, it would be a lie.”

The Serie A has come under a barrage of criticism this season for failing to deal effectively enough with acts racism during games.

The league has consistently witnessed racist chants from fans with very little or no punishments handed out to the perpetrators.

One notable target this season has been new Inter Milan signing Romelu Lukaku who was racially abused by some Cagliari fans.

However, a judging panel eventually cleared the fans, suggesting that there was not enough evidence.

U-23 AFCON: “We have a winning mentality”- Ghana coach Ibrahim Tanko

U-23 AFCON: "We have a winning mentality"- Ghana coach Ibrahim Tanko